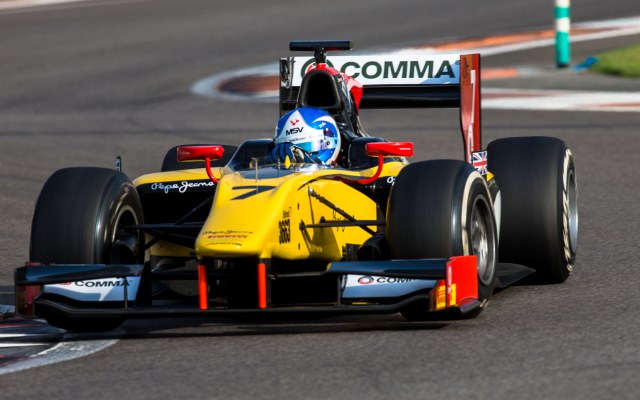 Jolyon Palmer remained at the head of the GP2 field at the start of day two of pre-season testing in Abu Dhabi in a session interrupted by a roll for Conor Daly.

The American, driving for Lazarus, hit another car as it travelled slowly towards the hotel at the Yas Marina Circuit, and went upside down. He required a visit to the medical centre but escaped injury.

Jon Lancaster was third for MP Motorsport ahead of Campos driver Kimiya Sato, only on his second day driving a GP2 car.

Mitch Evans was fifth for the now iSport-run Russian Time squad ahead of Caterham duo Rio Haryanto and Alexander Rossi. Felipe Nasr was eighth, with Johnny Cecotto ninth and Daly finishing up with the tenth best time.