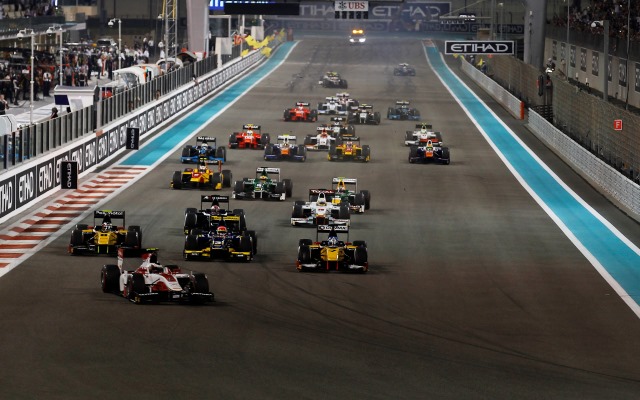 Stoffel Vandoorne starred in the final round of his rookie GP2 season, ending it by sealing the runner-up spot in the championship. He topped free practice, then claimed a record fourth pole position and took a commanding feature race win. That moved him up to P2 in the standings, and he took fifth and the fastest lap in the sprint race to secure the place ahead of 2015 Sauber driver Felipe Nasr.

Champion Jolyon Palmer challenged Vandoorne for the feature race win but had to make do with second, before suffering his first and only non-finish when he spun and stalled on lap one of the sprint race. Nasr ended his time in GP2 on good form, with a fourth and a second, but it wasn’t enough to stop Vandoorne.

Mitch Evans finished fourth in the standings with a P3 and a P4 from the last weekend, while Stefano Coletti took the final win of the year but was denied P5 in the points by fellow veteran Johnny Cecotto taking a couple of sixths. Seventh-placed finisher Arthur Pic made the podium in the final race in P3, after starting on reverse grid pole. 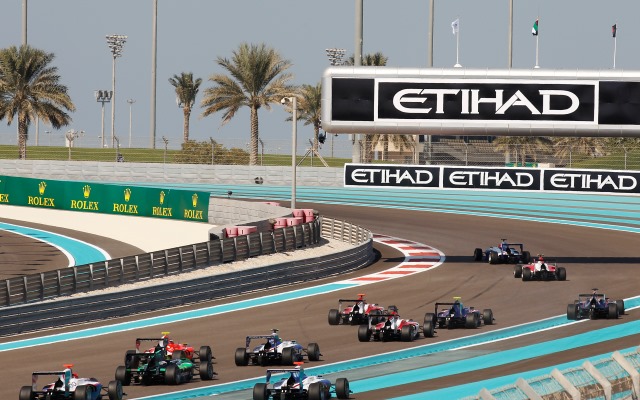 Alex Lynn was able to celebrate winning the GP3 title after qualifying, when his only rival?Dean Stoneman was denied pole and the chance to take the maximum points he needed to win the title. Lynn finished the year with fifth in the first race and P2 in the second.

Stoneman made up for any disappointment by claiming his second straight Saturday race win in race one, although was forced to retire from race two after taking a hit to the rear on lap one. He still held on to P2 in the standings though by two points from Marvin Kirchhofer. The German had beaten him to the pole with a storming lap, but was forced to settle for second off the line. In race two, a clutch problem forced him to start from the pits before he made his way through to 11th.

Nick Yelloly scored a long-awaited first win in the category in race two after Patric Niederhauser was excluded for a technical infringement. Third in the two races were fellow Britons Dino Zamparelli and Emil Bernstorff. Richie Stanaway had another tough weekend, seeing him slip to eighth in the final standings, a mere nine points away from Jimmy Eriksson in fourth. 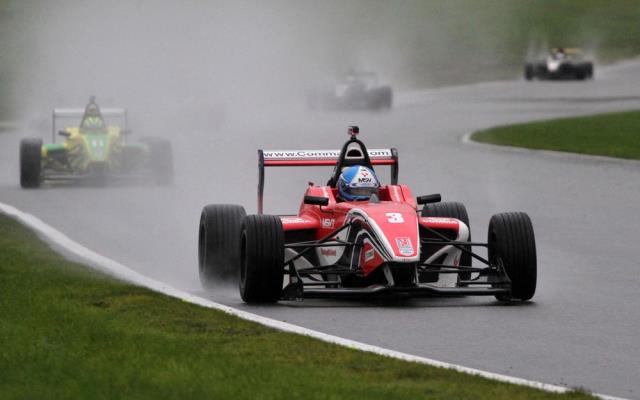 Will Palmer claimed the BRDC F4 Winter Championship with a win in the final encounter of the eight-race series at Brands Hatch. After taking three of the four wins on offer at the Snetterton opener, he then lost the championship lead after a spin restricted him to sixth in the first Brands race. However, third and second in the following races were enough for him to go into the last race only needing to finish to take the crown.

Rival Gaetano di Mauro won the weekend’s first race to take the title initiative, but retired from race two when he was hit by Connor Jupp. On Sunday he took two third places as he sealed P2 in the standings.

Telmex-backed Rodrigo Fonseca scored his first two wins in the category in the weekend’s other races, and finished third in the final standings. Jordan Albert finished fourth with three podiums from the final weekend. 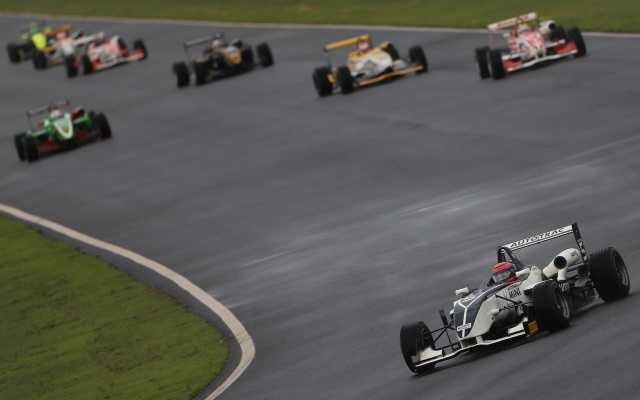 Europe-bound Pedro Piquet ended his dominant F3 Brazil campaign with two more wins at Goiania. He came from fourth on the grid to win the first by 15 seconds, and from P6 to claim victory in the second by ten seconds.

Sergio Sette Camara and Lukas Moraes joined him on the podium in race one. Lights champion Vitor Baptista retired early in the first race but came through to finish second to Piquet on the road in race two, but a 20-second penalty for having mechanics on the grid over the time limit dropped him to sixth.

Bruno Etman and Raphael Raucci were promoted, enough for the former to steal P2 in the standings away from Moraes.

Agustin Lima claimed all three F4 Sudamericana wins on offer at the penultimate round at Taruma in Brazil – his second weekend in the series.

Bruno Baptista extended his championship lead with second-place finishes in races two and three, having been sixth in race one after a penalty for being out of position on the grid. His rival Felipe Ortiz was third, fifth and fourth across the three races.

Francisco Camarotta finished P2 in race one, while Nicolas Muraglia and Rodrigo Bapitstia made the podium in the remaining races.