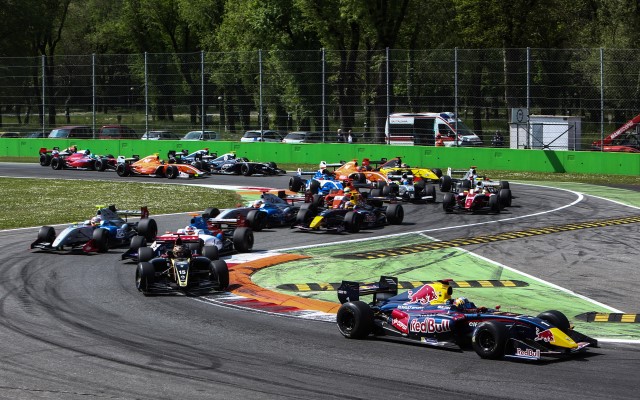 Formula Renault 3.5: Stevens and Sainz take a win each

Carlos Sainz made a flying start to the 2014 campaign, setting the fastest lap in all six sessions at Monza. Electrical woes prevented him from starting from his rightful pole position in race one, but he recovered to dominate on Sunday and is one of three drivers tied for the series lead on 25 points.

Will Stevens capitalised on Sainz’s absence and two slow starters ahead of him to lead Saturday’s race from start to finish and start his title campaign in the right way with a maiden FR3.5 win. Race two was not so great: he qualified back in the pack and retired after contact. Pierre Gasly – following in illustrious footsteps by stepping up to FR3.5 as Eurocup FR2.0 champion – enjoyed a promising debut weekend with a third and a fifth to tie on points with the two race winners.

Former European F3 champion Roberto Merhi claimed a surprise P2 on Saturday in his first race back in a single-seater after two years in the DTM. On Sunday, Lotus F1 junior Marlon Stockinger scored his maiden podium after starting and finishing second to Sainz, while Sergey Sirotkin got some decent points on the board with third. His Fortec team got off to a bad start with a poor qualifying on Saturday, from which Oliver Rowland and Sirotkin had to recover from 16th and 18th to sixth and seventh. Rowland could only manage tenth in race two after stalling.

He has less catching up to do however than Marco Sorensen, whose season turned upside down at the end of lap one when he flipped spectacularly on the pit straight after clashing with another car. He then retired with a car issue driving Tech 1’s spare second car on Sunday. 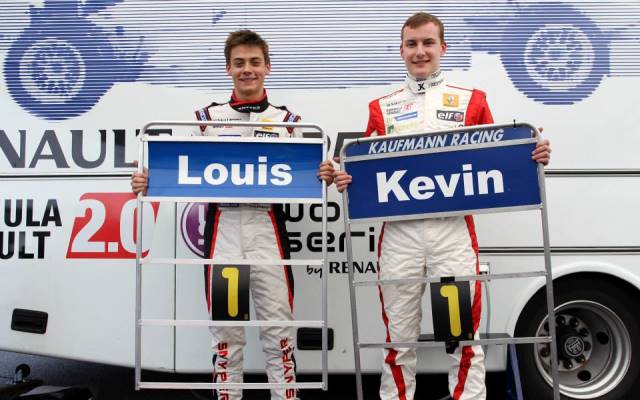 As usual there was a Formula Renault 2.0 round playing support to the FR3.5 event at Monza, but on this occasion it was the opening round of the NEC rather than the Eurocup. Louis Deletraz was the big star of the opening weekend. The Swiss driver could only finish 19th in last year’s series, but, not 17 until next week, he has seemingly improved considerably over the winter and took a win and a second place from the weekend to lead.

Deletraz played second fiddle to compatriot and Josef Kaufmann Racing team-mate Kevin Jorg in race two. Jorg won from pole position and is second in the standings, but seems likely to focus on the Eurocup. MP Motorsport team-mates and relative FR2.0 veterans Andrea Pizzitola and Steijn Schothorst took a third and a fifth each to tie for third in the points.

Japanese racer Ukyo Sasahara finished second in race one but was an early retirement from race two after an off-road trip at Ascari. Rookie Ben Barnicoat lacked qualifying pace but raced well, taking fourth in race two and fifth in the standings after round one. 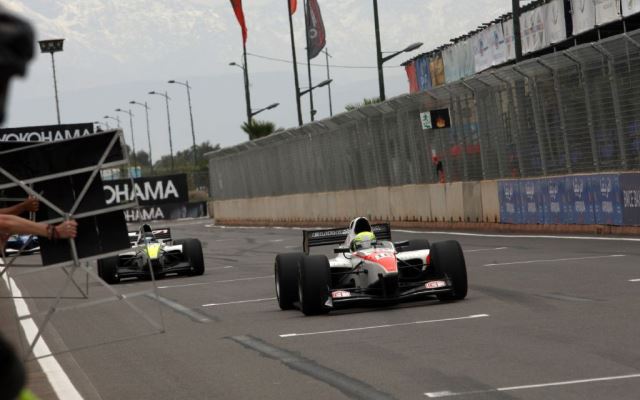 Kimiya Sato might be concentrating on GP2 this year, but he’s picked up a good advantage at the head of the Auto GP standings after using his experience to stay clean in a chaotic season opener in Marrakech. He steered through the drama to win race one comfortably, and worked his way up from eighth to second in race two. Should last year’s runner-up want to continue in the series, there is one clash between the Auto GP and GP2 calendars to worry about.

New Super Nova recruit Markus Pommer ended his first weekend back in a single-seater with a win in race two. The former F2 race winner, who spent last year in the Porsche Supercup, had a sluggish start to race one but dominated on Sunday to take up second in the standings. The incident-filled first race saw gentleman drivers Michele La Rosa and Giuseppe Cipriani join Sato on the podium and they sit third and fifth in the standings, with female racer Michela Cerruti fourth after a pair of top-fives.

Expected title contender Kevin Giovesi claimed pole but took himself and Tamas Pal Kiss out of race one with an ill-judged manouvre and was hit by Richard Gonda in race two. Kiss recovered to take third in race two. Giovesi’s pole gives him two points – one more than?Sergio Campana, who failed to finish either race.

Pedro Piquet was unable to maintain his winning start to the revamped F3 Brazil series through round two at Santa Cruz. The 15-year-old claimed pole by a massive two seconds and won the first race by ten seconds. He started sixth on the reverse grid for race two but, after a car problem dropped him to the back, could only get as far as second place – albeit still claiming maximum points for the A class.

The driver that denied him was Vitor Baptista, driving for the same Cesario team but in a 2001-spec class B Dallara. The karting graduate has been similarly dominant to Piquet in class B but been making an impact in the overall picture too. He finished race one in fourth, started race two from third and held off Piquet to win by less than two tenths of a second.

Bruno Etman finished second and fourth in the two races to stay second in the class A standings, just 18 points off the dominant Piquet. Raphael Raucci completed the podium in race one but retired in race two after contact with Piquet. Ex-Formula Abarth racer?Lukas Moraes finally got his first points on the board with third in race two.

Mitsunori Takaboshi claimed the early points lead after the opening round of F3 Japan at Suzuka. Last year’s National class champion, the Nissan-backed 21-year-old claimed pole position but was forced to settle for second in race one after being passed on the last lap by Kenta Yamashita. Takaboshi took revenge in race two though, taking the lead at the start and winning.

18-year-old Yamashita, winner of last year’s Formula Challenge Japan title and part of the Toyota Drivers Program, started race two from pole but was passed by Takaboshi and his own TOM’S team-mate and 2013 runner-up Takamoto Katsuta.

Takaboshi has a three-point lead over Yamashita, who is in turn three points ahead of Katsuta, who completed the podium in race one.

It was an impressive step up for the son of former F1 backmarker Jean-Denis, as he made a winning start to the 2014 NEC campaign against a strong field at Monza. It will be interesting to see whether he can maintain his advantage at circuits with more normal characteristics than the flat-out Italian track. 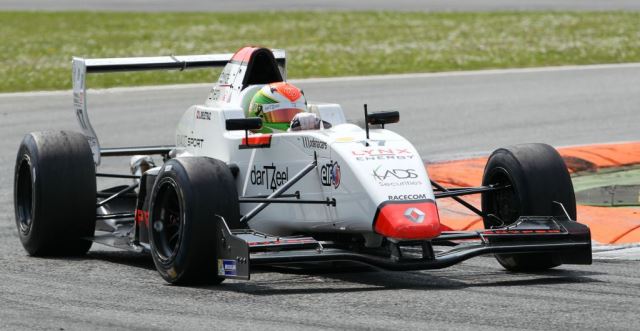