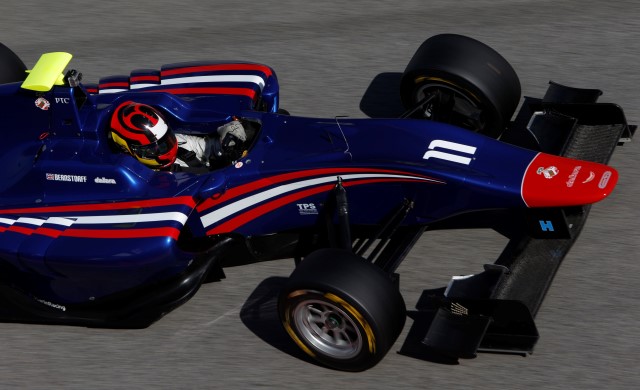 Emil Bernstorff set the pace in the morning session on the final day of GP3 pre-season testing for 2014 at Barcelona.

The Carlin driver’s time of 1m34.494s was quicker than anything from day one of the test on Wednesday, and saw him finish 0.205s ahead of Pal Varhaug (Jenzer).

Wednesday session toppers Alex Lynn and Nick Yelloly were next up in third and fourth for Carlin and Status respectively. Arden’s Patric Niederhauser took fifth, with Luis Sa Silva ensuring all three Carlin drivers made the top six.