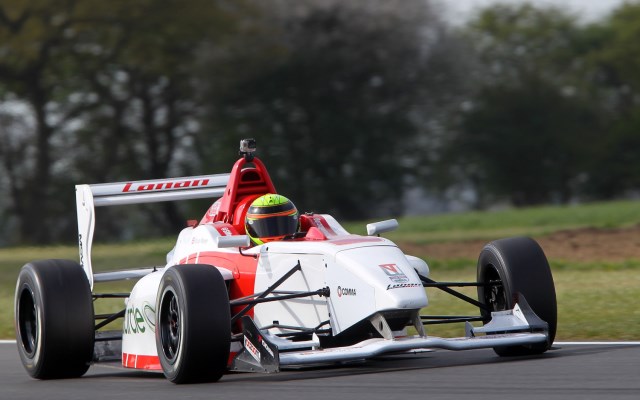 Moore, who made the move from Hillspeed to inaugural champions Lanan Racing over the winter, set a time of 1m50.549s in the morning session.

“We’re looking really strong going into the first round, we’re at the front and that’s where we want to be,” said Moore, who finished ninth in the 2013 standings. “The team have done a great job, I’m feeling very confident and very comfortable going to the first round and I’m hoping to achieve the best we can after all the work we have done. We’re the best prepared we can be.

“I think we’re going to be up there at Silverstone, I can’t see any reason now why we can’t be right at the front. As a driver I have to do my part now, getting qualifying right is really important and then that will leave us in great shape for the races.”

Raoul Hyman, who is the highest returning driver after finishing seventh in 2013, fell just 0.006s shy of Moore’s benchmark when he topped the afternoon session.

Sennan Fielding, who has joined Hyman at HHC Motorsport for 2014, was third quickest with the top four completed by the second Lanan car of Indian rookie Arjun Maini.

17 drivers took part in the test, with the remaining four drivers signed-up (George Russell, Rahul Raj Mayer, Falco Wauer and Dan Roeper) all missing due to other commitments.