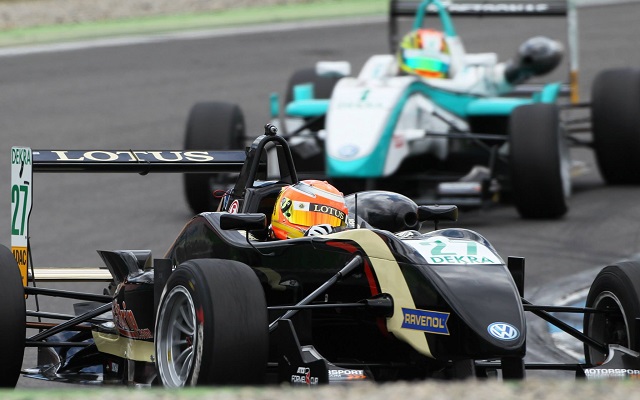 Despite having recorded his first retirement of the season at Hockenheim, championship leader Markus Pommer can be perfectly content with his performance at Hockenheim.

Him and his chief rival Nabil Jeffri were easily the two quickest German F3 drivers at the track – the Malaysian topped the practice with ease before securing the top lap in qualifying, while Pommer managed to ensure pole position for race three on second-best times. Both drivers comfortably converted their respective poles and front row starts into a win and a second place finish each. Jeffri’s round promoted him to second in the standings and the fact that he Pommer collided in race two should add some fuel to the title battle.

Still, the Malaysian currently trails Pommer by a whopping 67 points and is himself only marginally ahead of Indy Dontje, who picked up two podium finishes before a lap one incident in race three effectively ended his weekend.

None of the other challengers had a particularly consistent Hockenheim outing. Sam MacLeod bagged a win in the reverse-grid race, which was only made possible due to a track limit infringement drive through in race one. He then missed out on the podium in race three, unable to close in on Dane Nicolai Sylvest over the course of the race. MacLeod’s teammate Weiron Tan is still left searching for his maiden podium, although is making progress – at Hockenheim, he was clearly quicker than during the earlier rounds, bagging two fourth-place results.

Youngster Santino Ferrucci, who made his debut in the series in the prior round, collected a solid podium in the reverse-grid race, but wound up being part of the final race’s first lap collision. Meanwhile, series guest and GP3 regular Dino Zamparelli had a tough outing, yet managed a best finish of sixth. 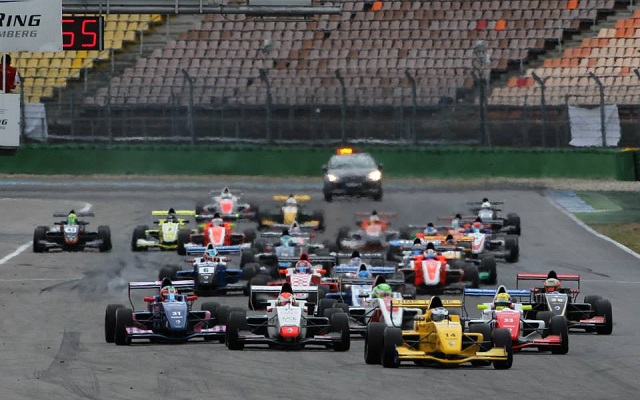 Three rounds and seven races of the 2014 Formula Renault 2.0 NEC season have yielded seven separate first-time victors. None of those seven drivers lead the actual standings.

Even though the Hockenheim round proved expectedly hectic, there was no change in the fight for the lead of the standings. Steijn Schothorst, who’s won five races in the series in the past and yet is somehow still to win in the current season, was in damage control mode after a poor first qualifying, which restricted him to fighting for the lower ranks of the top ten in both race one and the reverse-grid race three. The second qualifying session, alternatively, saw him plant his car on the front row, which allowed him to take second in race two.

However, it is now his closest rival Ben Barnicoat who could be considered the title favorite. The karting graduates spent the first two rounds adapting and was well and truly on it at Hockenheim, qualifying in the top three in both sessions. Second in race one, he then went on to pick up a maiden win in race two before banking solid points in the final outing. Barnicoat’s Fortec teammate Seb Morris, on the other hand, had a difficult podium-less weekend, picking up damage in the first race and managing a solid recovery drive from the back later on in the round.

It was a solid weekend for series mainstays Josef Kaufmann Racing, who picked up their second win of the season courtesy of Swede Gustav Malja, who controlled race one from pole. Meanwhile, Louis Deletraz – the winner of the Monza opener – placed in the top ten in all three races, allowing himself to remain third in the standings.

French squad ART Junior Team – also among the usual favorites – produced a very impressive display at Hockenheim and locked out a 1-2-3 finish in the reverse-grid race, with Aurelien Panis taking his maiden win. Levin Amweg was third in, impressively enough, all three races, while Callan O’Keeffe managed a fifth, a fourth and a second.

Coming into the next round at Spa-Francorchamps, the standings leader Schothorst and seventh-placed Ukyo Sasahara are separated by 41 points in a series which gives 30 for a standalone win. 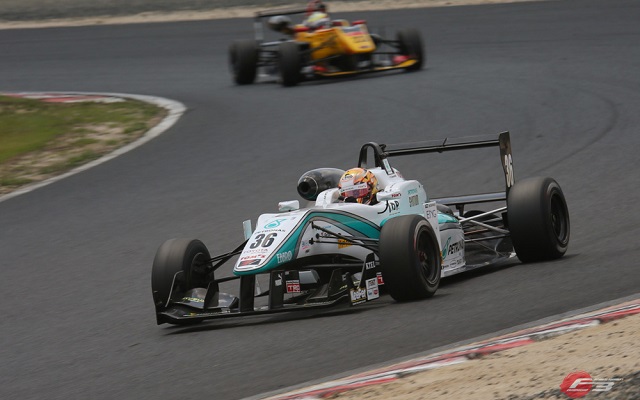 The lead of the Japanese F3 standings continues to seesaw between two Formula Challenge Japan champions – Nobuharu Matsushita and Kenta Yamashita. After the two Okayama races, the lead is back to the latter, albeit by just two points.

Matsushita had pole for the first race, but lost out to GT racer Daiki Sasaki, who went on to take his first victory in Japanese F3. The poleman had to settle for second, ahead of reigning National class champion Mitsunori Takaboshi and with Yamashita in fifth.

Takamoto Katsuta?was on pole for race two alongside Matsushita, but the latter had mechanical issues on the grid and ended up going a lap down. Katsuta led teammate Yamashita by 2 seconds at the halfpoint of the race, but suddenly hit trouble, falling down to third and having to fight for the final podium position. Yamashita and Sasaki sailed through and finished two seconds apart up the road.

2012 Formula Renault Argentina champion Carlos Javier Merlo defied all odds by powering his way through from 16th on the grid to a season-first win in race one at La Pampa.

The two safety car periods in this rather short race allowed Merlo to overtake cars left and right as they had blown the race wide open. The Corsa Racing driver finished the race just 0.6 clear of Nicolas Cazal, who was dead last on the grid and crossed the line 0.1s ahead of poleman Miguel Calamari.

Championship Federico Cavagnero was fourth in the opening race and then produced a stunning drive from fifth on the grid to take the win in race two. Calamari, having again started on pole, held on to second, fending off teammate Emiliano Marino and Manuel Manno to take.

Cavagnero now has 119 points with seven races to go. Calamari is his closest rival at 93 points, while 2012 champion Merlo, having missed the first three races of the season, currently sits in sixth with 60.

The early chaos of the NEC championship has given rookie Barnicoat the needed time to adapt and, at Hockenheim, he finally delivered in full. Maiden podium followed by a first victory mean that the RSF-backed junior is now second in the standings. If he continues to progress like this, he will be nearly impossible to beat in the race for the Formula Renault NEC title. 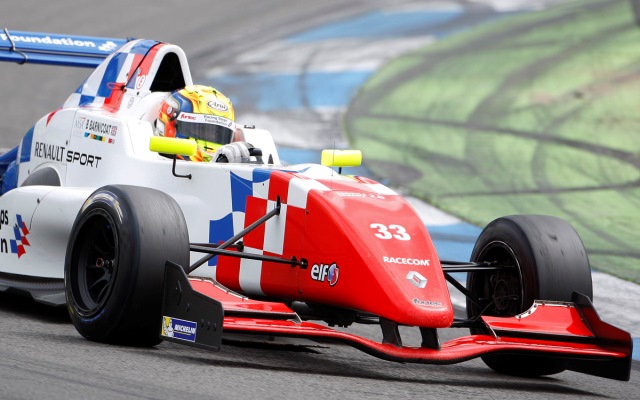