Joining Formula Renault 3.5 on track at Motorland Aragon as part of the World Series by Renault is Eurocup Formula Renault 2.0, which has a large grid bursting full of promising youngsters…

Formula Renault 2.0 is witnessing huge grids on the continent this season. At the end of March we had the ALPS series begin at Monza with 32 drivers, and then two weeks ago the NEC season started at Hockenheim with 39 drivers. This year’s Eurocup sees the best teams from those two series come together to form a grid of 38 cars for this weekend’s season opener.

The field contains the most promising drivers at the junior level and is led by Red Bull Junior Daniil Kvyat, who finished third last year and continues at Koiranen Motorsport for a title tilt. He won both races in the ALPS opener at Monza.

One of the guys out to stop Kvyat is Stoffel Vandoorne, who won two of the three NEC races at Hockenheim. The Belgian ace came fifth overall last year and switches from KTR to the Josef Kaufmann team, who won the title with Robin Frijns last year.

Another likely contender is Brit Oliver Rowland. He finished runner-up in Formula Renault UK last year in his rookie year out of karts, and then dominated the six-race Finals Series before scooping the prestigous McLaren Autosport BRDC Award. He continues with Fortec for his Eurocup switch, also he isn’t racing for the team in NEC this year so he could be a little disadvantaged in terms of track time compared to his rivals.

The fourth team on the entry list is Tech 1 Racing, and their title challenger is Paul-Loup Chatin. Chatin was ninth overall last year, and currently sits second in the ALPS standings.

Kvyat is joined at ALPS by fellow Red Bull man Stefan Wackerbauer, who won last year’s Formula BMW Talent Cup, and well as Gravity/Lotus backed Esteban Ocon, who is the youngest in the field at 15 and is making his first steps out of karts this year. Also at Koiranen is half Finn-half Spaniard Patrick Kujala who steps up from French F4 and guest starter Hans Villemi of Estonia.

Partnering Vandoorne at Kaufmann are Alex Riberas, who starts his third season in the category after finishing sixth overall last year, and Pieter Schothorst, a Dutchman who will be looking to improve upon the one point he scored last season. 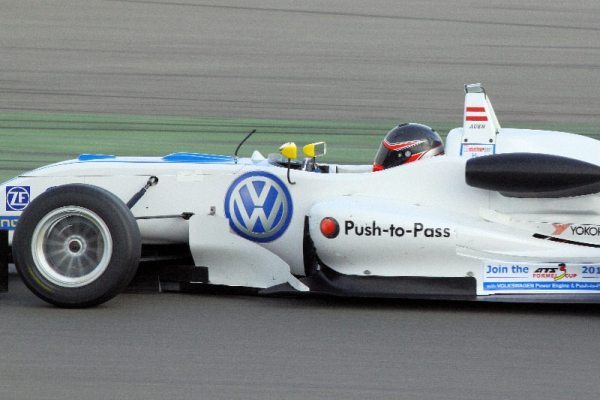 The German F3 Cup also gets underway at Zandvoort, where the main driver to look out for is Lucas Auer, nephew of Gerhard Berger and last year’s JK Racing Asia Series champion. The series probably doesn’t contain the quality it did last year, when it spawned Richie Stanaway and Marco Sorensen. Joining Auer and Van Amersfoort Racing is another Austrian Rene Binder who was eighth last year and Dutch Formula Renault graduate Dennis van der Laar.

Four cars are entered by Motopark Academy under the Lotus banner, with two for drivers the team ran in the F3 Euro Series last year Jimmy Eriksson and Kimiya Sato, as well as Russian Artem Markelov, fourth in ADAC Formel Masters last year, and the rather useless Sheban Siddiqi, bottom of the pile in the Toyota Racing Series earlier in 2012 and in Formel Masters last year.

Remarkably, as other series get underway for 2012 this weekend, Auto GP reaches the halfway mark at the Hungaroring. Adrian Quaife-Hobbs holds a healthy advantage over Russian sensation Sergey Sirotkin.

Also in action at the Hungaroring for round two, with Brazilian rookie Henrique Martins leading Prema teammates Eddie Cheever Jr and Brandon Maisano, with Sirotkin having another busy weekend.

Formula Abarth joins in the fun in Budapest. Luca Ghiotto won twice in Valencia and leads Kevin Jorg and Nicolas Costa in the standings.