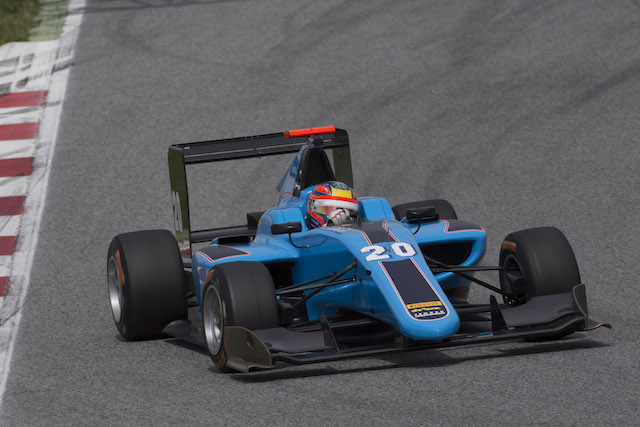 Oscar Tunjo set the pace on the first day of the final GP3 pre-season test at Barcelona.

The Colombian, returning to GP3 this year with Jenzer, led the morning session with a time of 1m33.554s.

He was almost three tenths of a second ahead of second-placed Trident driver Antonio Fuoco, who was followed by the Koiranen duo of Ralph Boschung and Matt Parry and the Arden pair Jack Aitken and Tatiana Calderon.

Charles Leclerc was seventh in the morning – ahead of Matevos Isaakyan, Nirei Fukuzumi and Alex Palou – before topping the afternoon session, albeit more than 1.5s off Tunjo’s earlier benchmark.

Jake Hughes was second ahead of Palou and Santino Ferrucci. Steijn Schothorst and Alex Albon made the top six, with Tunjo seventh.