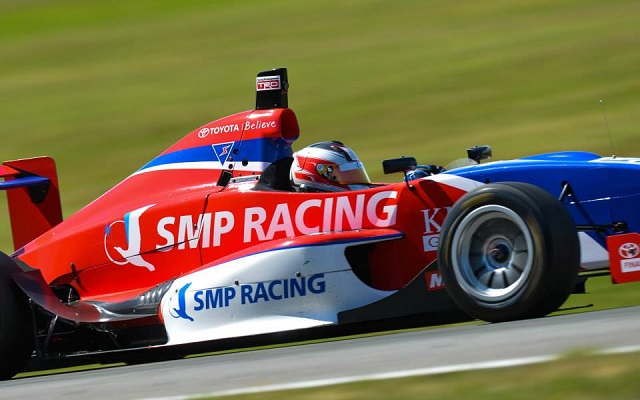 Toyota Racing Series rookie Egor Orudzhev has bounced back from his retirement in the second race of the Teretonga weekend by taking the win from pole in race three.

The young Russian was in the lead after the opening lap and proceeded to control the race pace, keeping Damon Leitch behind him.

Over the first half of the race, the Kiwi series veteran stuck very close to the leader, with Steijn Schothorst and Levin Amweg also keeping up within around a second and a half of Orudzhev.

The M2 racer was given some time to breathe when the safety car came out in the later stages of the race. The green flag action resumed with two laps to go, but was shortly interrupted again, which meant Orudzhev could cruise to his second victory of the weekend.

Leitch and Schothorst completed the podium, with Amweg and local rookie Macauley Jones rounding out the top five.

Matevos Isaakyan took sixth, ahead of Michael Scott and Martin Rump. Denis Korneev and Brendon Leitch made up the rest of the top ten, having inherited their positions with the retirements of Andrew Tang and James Munro.

In the standings, Rump leads Orudzhev by 16 points, with Jann Mardenborough a further ten behind.