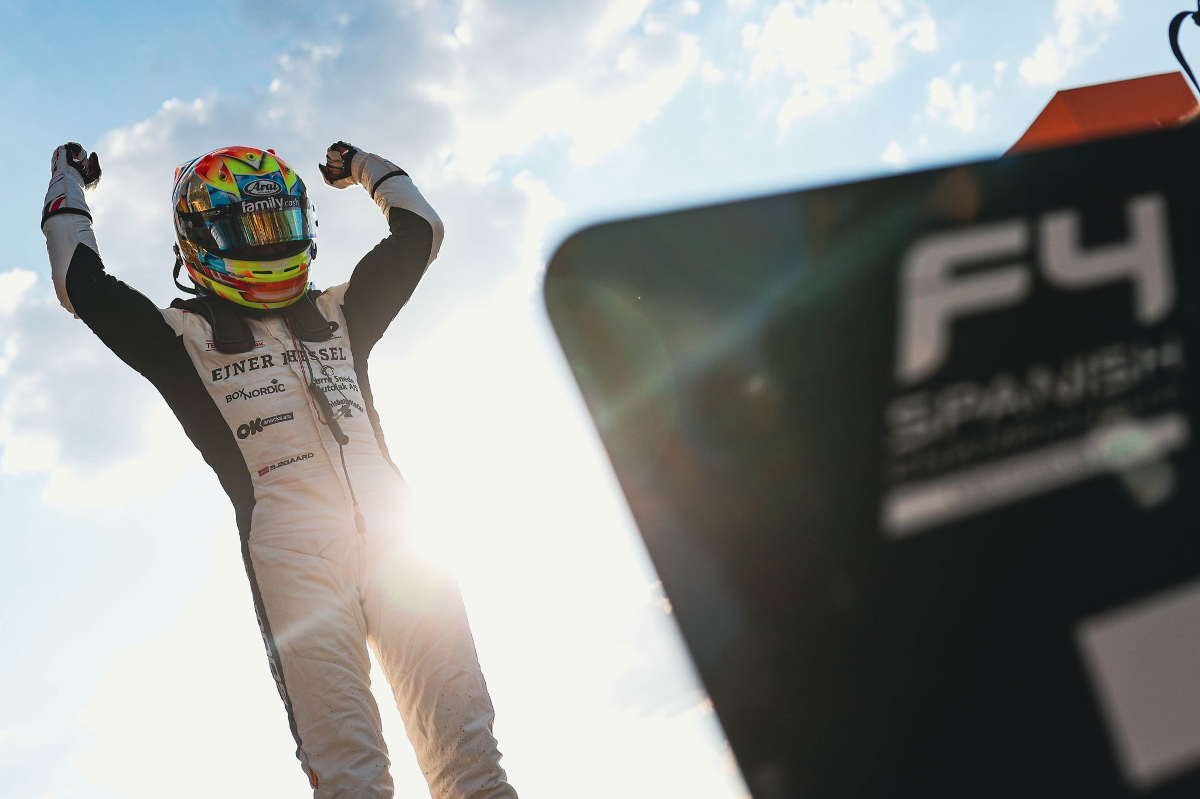 Sebastian Ogaard claimed his fourth Spanish Formula 4 win in the final Valencia Ricardo Tormo race, but he only took a small chunk out of Dilano van’t Hoff’s points lead.

Van’t Hoff qualified on pole but stalled at the start, putting surprise front-row man Filip Jenic into the lead ahead of Ogaard, Suleiman Zanfari and Max Arkhangelskiy. Pepe Marti also stalled and fell down the order, while van’t Hoff’s slow start only dropped him to seventh.

Usual midfielder Jenic did well to keep his Teo Martin Motorsport-run in front through the first half of the race, but a mid-race safety car period spelled the beginning of the end of his time in the lead as at the restart he was passed by Ogaard.

From there it wasn’t an easy run to victory for the title contender, as Jenic kept on his gearbox while van’t Hoff carved his way through the order. Van’t Hoff took fifth on lap three, then cleared Arkhangelskiy around the outside a lap later.

It was harder to get past Zanfari for third, but he managed to do that at the turn two hairpin after the safety car restart. He still had enough time to chase down the top two, and did the over-under on Jenic on the penultimate lap to take second place and limit the damage of his stall.

Zanfari finished fourth on the road after some staunch defending, but running wide at turn one several times copped him a two-second penalty and dropped him to fifth behind Rik Koen.

A train of cars had formed behind Zanfari through the second half of the race, and was the cause of the safety car as Alex Garcia spun on the pit straight when he banged wheels with Arkhangelskiy. At that point he was right behind Koen, who was trying to line up Zanfari too.

Daniel Macia also spun off at that point of the race, then later on Koen nerfed the rear of Zanfari’s car when he got too close. When there was a five-car train it got worse, as Miron Pingasov and Vladislav Ryabov speared off the track while battling in Zanfari’s wake.

Quique Bordas ended up in sixth ahead of staller Marti and Georg Kelstrup, another with a track limits penalty, while Jorge Campos and Manuel Esperito Santo ended up as the last two scorers after Santo had at one point been trying to pass Zanfari for fourth.