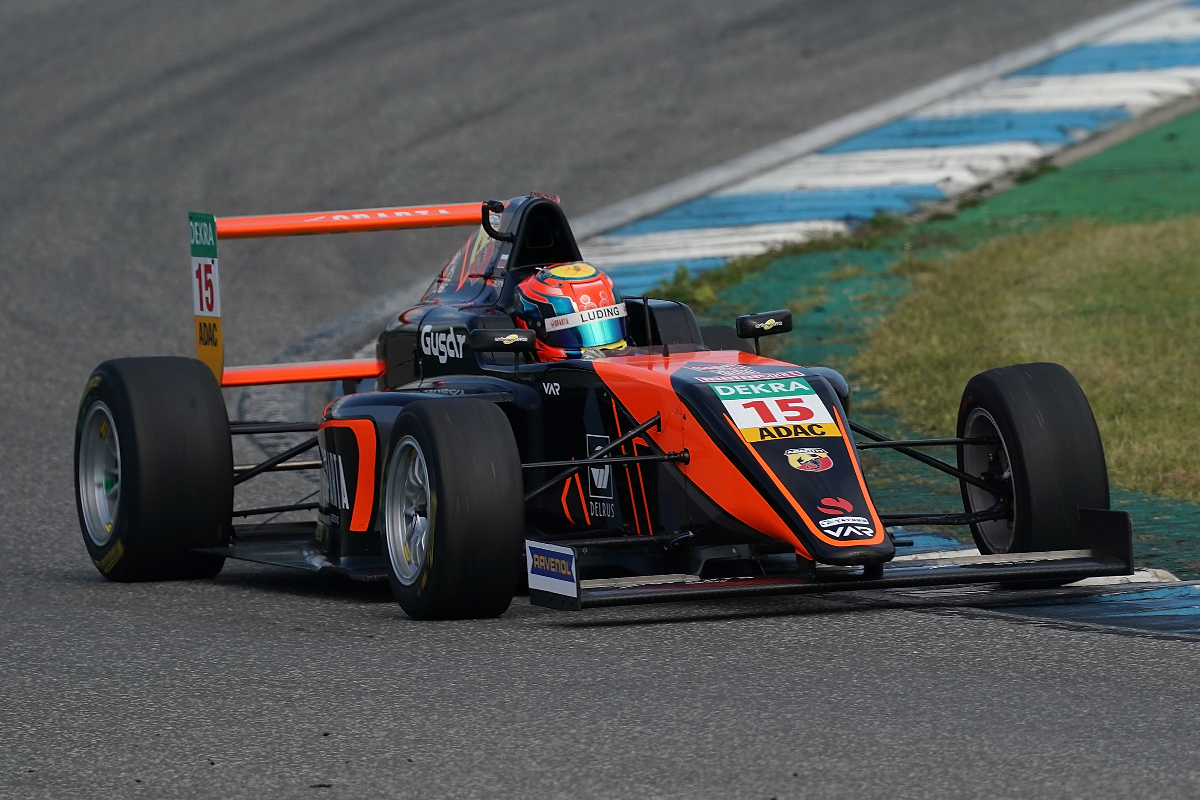 Nikita Bedrin controlled the third and final ADAC Formula 4 race at Hockenheim ahead of his Van Amersfoort Racing team-mate Oliver Bearman for his first series win.

Bearman finished ahead of US Racing’s Vlad Lomko, who concluded his best weekend of the season with his first podium.

Bence Valint started from reversed grid pole but had a terrible start off the line, and he was engulfed by Lomko and Bedrin who swept either side of the VAR driver to go side-by-side through the first corner.

By the time the drivers reached the hairpin, it was Bedrin who had a lead that he would not relinquish for the remainder of the race.

However, it was Bearman putting the Russian under early pressure, with the Brit having risen from fifth to second by the time the drivers drove by the Mercedes grandstand.

Bedrin seemed to showing the pressure he was under when he locked up at the hairpin on lap five as Bearman edged closer to the lead.

The points leader bided his time before lunging ambitiously into turn eight, but only saw his attempt backfire as he ran wide, allowing Lomko to sail through into second.

Bearman almost lost another place to Victor Bernier at Sudkurve, but he just held onto third before reeling in Lomko and retaking second place with five laps to go.

The championship leader’s closest challenger Tim Tramnitz made up four positions by the end of lap one, but could not get close enough to challenge the podium positions as he endured a race-long battle with Victor Bernier.

The Frenchman eventually finished under a second behind in fifth, ahead of Luke Browning who recovered from falling to ninth on the third lap after locking up at the hairpin and running wide.

Valint wound up in seventh having started on pole, just ahead of team-mate Joshua Dufek who also moved backwards throughout the race.

Marcus Amand and Taylor Barnard rounded out the points finishers in ninth and 10th respectively, having been asked to switch positions late on following what was deemed an illegal move from the latter.

Series debutant Alex Dunne, who hugely impressed in the first two races of the weekend – registering a double podium – did not make the start after contact with Luke Browning on the formation lap broke his suspension.