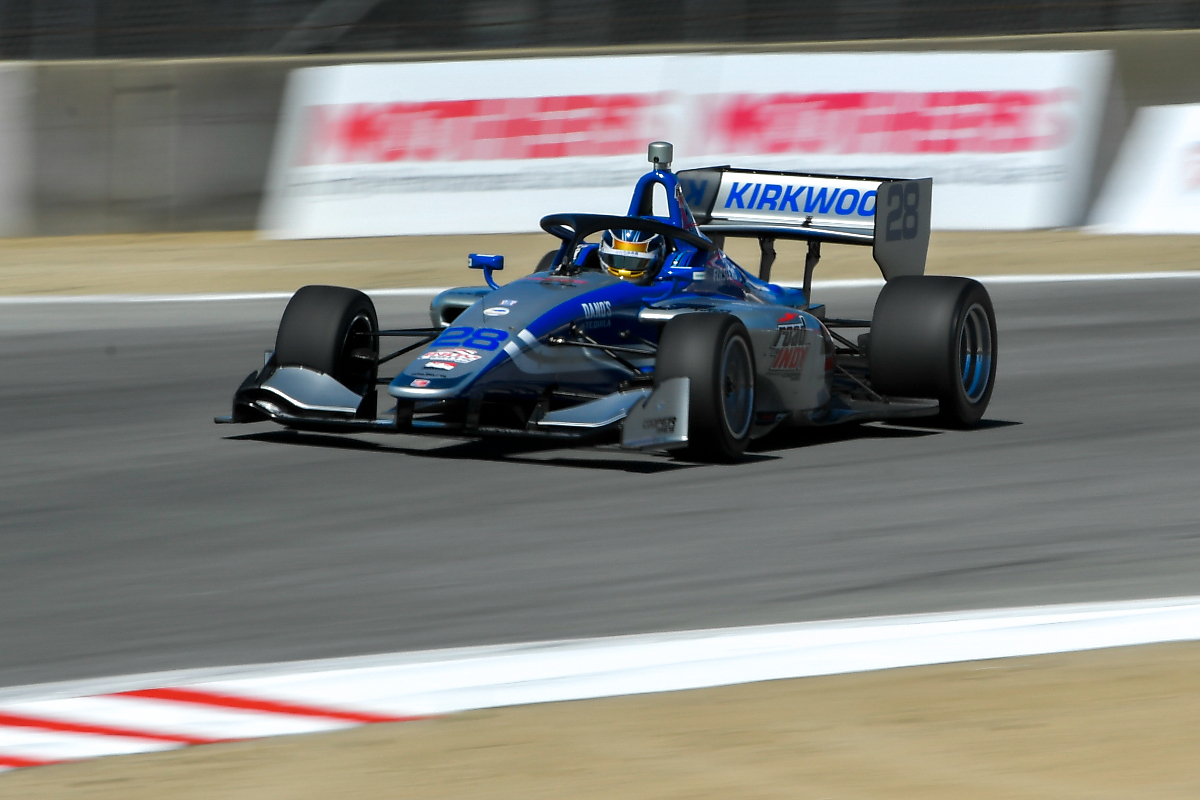 The Andretti Autosport driver never needed to look in his mirrors, racing away from pole and setting a blistering pace which was at times over one second faster than the rest of the field.

This dominant win gives Kirkwood a 15-point advantage at the top of the standings ahead of the double-header at Mid-Ohio, a circuit he was winning form at, that ends the season.

Kirkwood kept all his rivals behind at the start, and by the end of lap one he already had a two-second advantage over Malukas who had led the points coming into the weekend.

In the middle of the pack, it was Andretti Steinbrenner Autosport’s Devlin DeFrancesco who made up positions, going from ninth to seventh in the opening lap.

Despite being unable to keep up with Kirkwood’s pace, Malukas built a comfortable gap to Lundqvist, and with half of the race done he was running five seconds ahead of the Swedish driver.

Rasmus Lindh overtook DeFrancesco for seventh place on lap nine, making it the only position change in the race after the first lap.

Lindh, DeFrancesco and Sting Ray Robb closed up on Robert Megennis who was holding sixth place in the coming stages of the race, but it wasn’t possible for any of them to pass.

Carlin with Jay Howard Driver Development’s Christian Bogle had an eventful race as he went off-road twice at the iconic downhill Corkscrew corner.