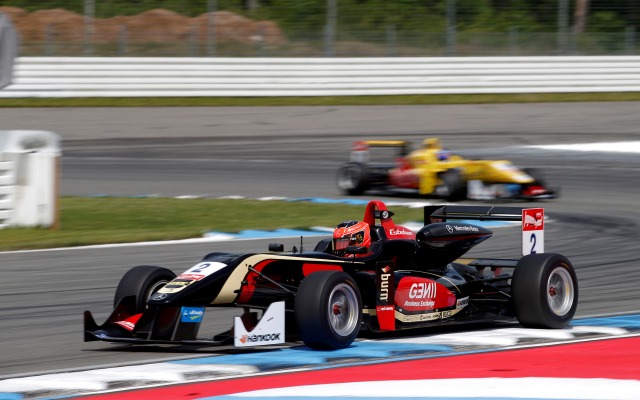 Ocon started from P2 on the grid but benefited from pre-race technical issues for poleman Max Verstappen that prevented the karting graduate from starting the race.

Antonio Giovinazzi kept Ocon within around a second for much of the race – helped by a late safety car period – but was never really close enough to launch an attack.

Ocon’s second win of the season increases his championship lead by 18 points.

Ed Jones held third throughout, claiming his second podium of the weekend after seeing off a late attack from Lucas Auer, who had charged up from seventh on the grid. Tom Blomqvist also made progress, recovering from the grid penalty that meant he started 11th to finish in fifth.

Nicholas Latifi claimed sixth after a great wheel-to-wheel battle with Felix Serralles that began at the hairpin and lasted for six corners. Felix Rosenqvist also got past Serralles after the restart to take seventh. Jordan King was ninth, while Jake Dennis took tenth after taking the place back away from Mitch Gilbert.