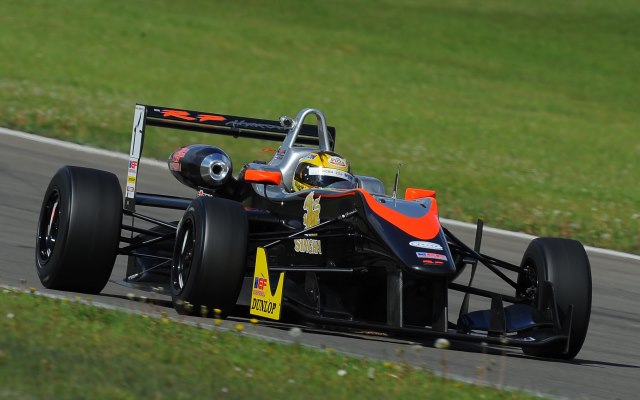 Sandy Stuvik secured his first Euroformula Open pole position of the year at the Nurburgring.

The Thai racer took the first place halfway through the session and kept his position until the very end.

Japanese driver Yu Kanamaru, who started his Euroformula Open career with a podium yesterday, will start from fourth, narrowly edging out Cameron Twynham and Artur Janosz who had to settle with third and fourth respectively.

The top ten was rounded out by EmilioDeVillota’s duo Che One Lim and Igor Urien.