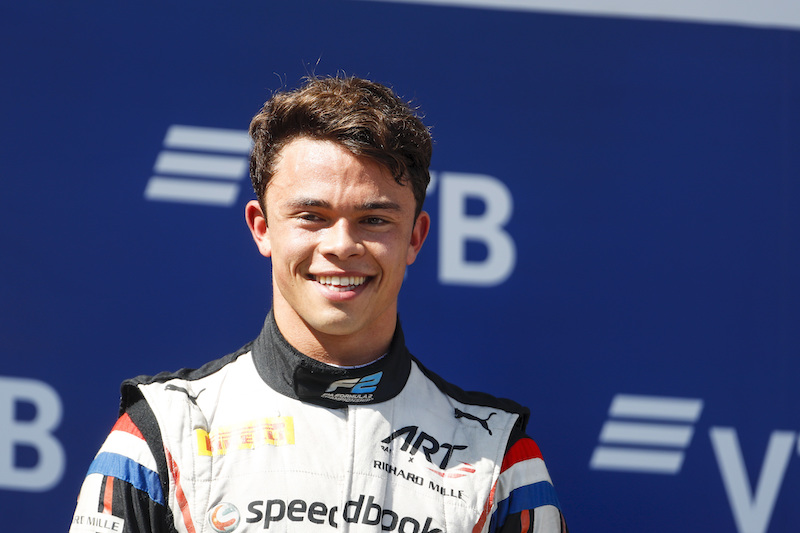 Formula 2 champion Nyck de Vries said he ‘wanted to make a point’ in his title-winning season after ‘a bumpy ride’ through his junior single-seater career.

De Vries claimed the 2019 title in what his third season in F2 and his eighth year racing single-seaters.

He had been tipped as a pre-season favourite in 2018, when he eventually finished fourth behind George Russell, Lando Norris and Alex Albon, who all graduated to Formula 1, something de Vries admits was ‘painful to see’.

“I think I wanted to make a point for me personally, but also in our community,” de Vries, speaking at the FIA prize giving in Paris, said.

“I’ve had a bumpy ride to come to this point. Obviously, starting my career with a very successful time in karting, everyone having very high expectations [of me] moving into cars.

“I won things but perhaps it all took a bit longer than initially expected. But everyone has their own career and walks their own path. I think every career is unique too.

“Last year I kind of take the responsibility for missing out on the true championship battle. We were certainly in a position to fight for it, but we as a team and me personally made too many mistakes to really have a good go at it.

“And then you are kind of on the back foot from the beginning, and you’re just trying to catch up, forcing more and effectively making more mistakes.

“It was a shame, and a little bit painful, to see the whole top three promoted to F1 knowing that one mistake would have been enough to be second in the championship.”

De Vries said the end of 2016, when long-time backer McLaren decided to stop funding his racing, was ‘without doubt’ the hardest point in his junior single-seater career.

The change came after Zak Brown was appointed as McLaren boss, and signed his own protege Norris to a role with the team.

“I signed with McLaren in 2010, ahead of my first world championship in karting,” said de Vries, who split completely with the team ahead of 2019 before signing with Mercedes to race in Formula E.

“There were really high expectations. McLaren was the most dominant F1 team at the time. We moved into cars, McLaren kind of lost a bit of momentum, people got fired, they lost sponsorship, they were kind of going downwards, and I wasn’t able to show what I needed to show either.

“When the new management finally decided to no longer fund my career, I was just ahead of my biggest step in my career. I had to move into Formula 2, which is very expensive, and I’m certainly not from a background that would be able to afford and support that.

“A week before the first test, it wasn’t even sure that I was able to get everything together to race Formula 2. That season was just surviving. We were with Rapax, the team had a lot of financial problems, people were leaving all the time because no one was getting paid.

“We changed teams [to Racing Engineering] halfway through the season, which wasn’t even our decision because we had zero control. I would say that was the most defining period of my career.”

How Robert Kubica set the perfect example for young drivers