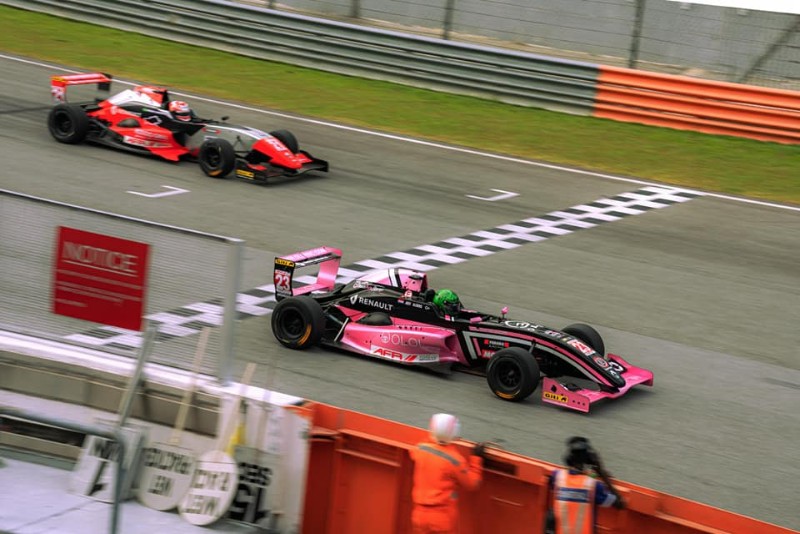 The 20-year-old Dutchman won eight of the 12 races in 2019 with BlackArts Racing, and was set for a clean sweep of pole positions before rival Bruno Caneiro topped qualifying for the season finale.

PS Racing’s Elias Niskanen, the 2018 Finnish Formula Ford champion, won the first race of the season at Zhuhai, as Alders finished a penalised eighth due to a jumped start after crossing the finish line in second.

Alders faced a penalty for an identical offence in race two, leading from lights-to-flag but having to concede the winner’s trophy to Georgian team-mate Sandro Tavartkiladze, who left as championship leader.

The return trip to Zhuhai was more fruitful for Alders, beating Asia Racing Team’s Carneiro to pole and then taking his first win of the season ahead of team-mate Tavartkiladze. Carneiro struck back in race two to beat Alders by 0.445 seconds.

The third and fourth rounds of the season were triple-headers at Sepang.

Alders kicked off the first visit with a lights-to-flag win over Brazilian driver Carneiro, who did the same in race two. Carneiro snatched the lead on the opening lap of the third race though, and held on for his second win.

AFR regular Stephen Hong (BlackArts) rounded out the podium in race one, with Tavartkiladze finishing third in the other two races.

Alders was untouchable on the second Sepang visit, and beat Niskanen to win the first race by 15.778s. He was five seconds clear of Carneiro in the second encounter, and then 6.394s ahead in the final race of the season.

That success gives Alders a free FRenault Eurocup test, as it did too with Hong for being the top Chinese driver in the standings.

Two podiums for Carneiro in the final round at Zhuhai secured him the runner-up spot in the championship over Tavartkiladze, with Niskanen a distant fourth ahead of Hong.