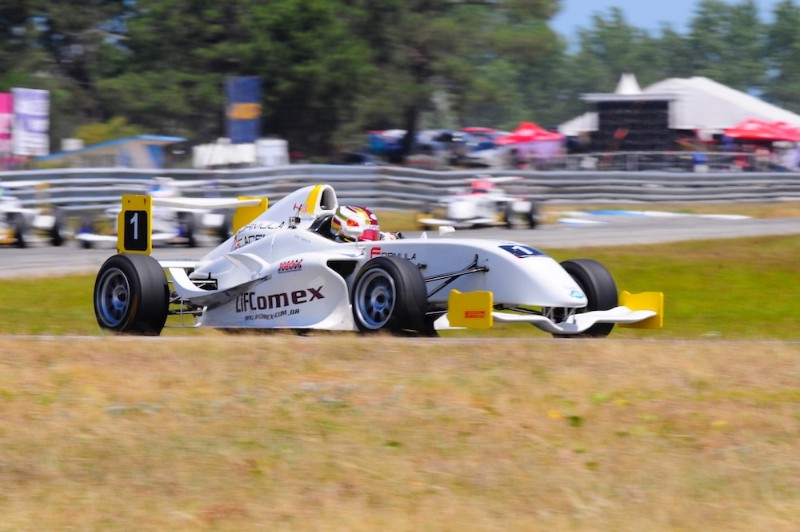 Juan Vieira won the Formula Academy Sudamericana title for a second year in a row with two wins on the championship’s visit to Montevideo in Uruguay.

The 21-year-old Brazilian comfortably topped the two free practice sessions and qualifying, but was actually beaten off the line by guesting home star Adres de Araujo in race one.

On the second lap he reclaimed first place, then pulled away to take a 5.574 second win over de Araujo and the title.

Third place for Grasti all but guaranteed him second in the standings, as rival Pedro Burger finished a distant fourth.

It took two laps from fifth on the reversed grid for Vieira to take the lead of race two, after which he drove off to take an even more dominant win over de Araujo.

Grasti was this time closer to runner-up spot in the race, and comfortably ahead of the off-the-pace Burger.

Despite two top five finishes, Rafael Dias was unable to surpass the absent Jose Miguel Alvarado for fourth in the standings.