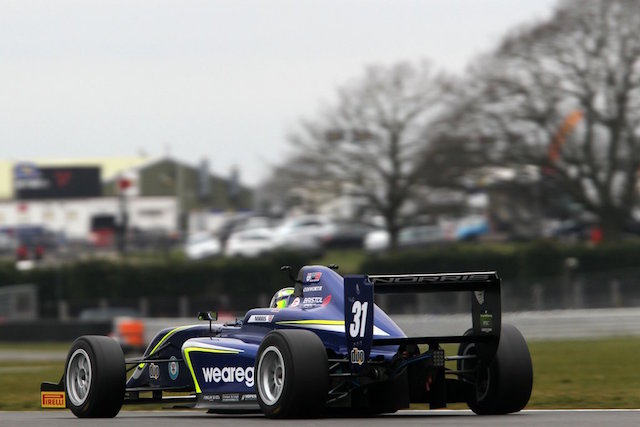 Collard had been leading the pack when the 20-minute session restarted with seven minutes left?following a red flag interruption.

As the session reached its conclusion, Norris moved ahead with around two minutes remaining, only for Collard to immediately respond.

Fortec’s?Tarun Reddy then briefly took provisional pole after the chequered flag but it was the Carlin pair who would fittingly?come out on top on the return of British F3.

Collard was first of the duo to come across the line and beat Reddy, but?his own lap was then bettered by Norris by 0.041 seconds as the 16-year-old picked up where he left off in the Toyota Racing Series last month.

Douglas Motorsport?drivers?Thomas Randle and Enaam Ahmed were not able to repeat their fine form from the pre-event tests, having to settle for seventh and eighth respectively.

Omar Ismail was the lead HHC Motorsport driver in ninth, with?Jan Jonck making it into 10th for Sean Walkinshaw Racing.