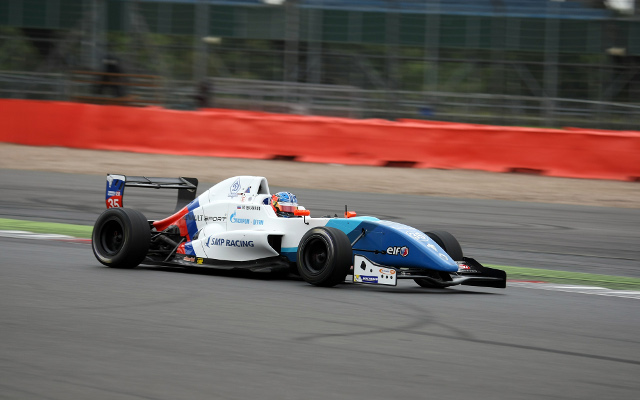 Russian driver Nikita Troitskiy will make his Formula Renault 2.0 debut in this weekend’s Eurocup round at the Nurburgring, joining JD Motorsport.

16-year-old Troitskiy has been competing in the new SMP F4 Championship this year, and sits seventh in the standings with one round remaining.

He won on the opening weekend at Ahvenisto in May, and last weekend scored two podium finishes at Moscow Raceway.

At JD Motorsport he takes the place of Amaury Bonduel, who contested the opening three rounds with the team before making his GP3 debut at Monza last weekend.

Baptista has been racing in the FR2.0 Alps series for Koiranen, scoring a best finish of sixth, and also did the Eurocup rounds at Aragon and Spa earlier in the year for the team.

Also lining up with Manor MP’s Eurocup squad is Australian Christopher Anthony, who joined the team for the final three rounds of the NEC and now takes over the #46 Eurocup entry raced earlier in the year by Valentin Hasse-Clot before the Frenchman defected to Fortec.

While Troitskiy, Baptista and Anthony will be driving regular points-scoring entries for their teams, there are also a number of additional wildcard entries for the Nurburgring, bringing the total grid size up from 27 to 34.

As at Silverstone, NEC regulars Jehan Daruvala and Ferdinand Habsburg will line up for Fortec, no doubt hoping for better after the huge, seperate crashes they had on the opening lap of the first race in Britain, having both qualified in the top 10.

Koiranen will field its Alps frontrunner Stefan Riener and British MSA Formula ace Dan Ticktum, who made his FR2.0 debut at the Spa NEC round in July with the team.

Other regulars from the NEC – which races itself at the Nurburgring just a week after the Eurocup visit – taking part will be Dries Vanthoor at Josef Kaufmann Racing, ART Junior Team’s Max Defourny and Swede Pontus Fredricsson with Prizma Motorsport.

In addition to Riener, Alps regulars making the visit are BVM’s Danylo Pronenko and Vasily Romanov of Cram Motorsport, who previously appeared at Spa and the Hungaroring respectively.