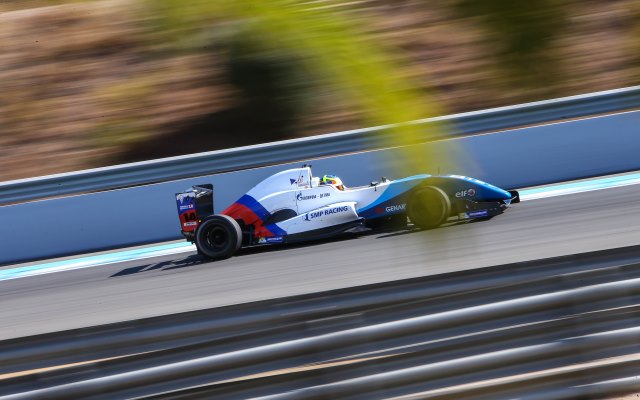 The 16-year-old competed mostly in Formula 4 this year, taking sixth place in the SMP series.

After three appearances (and three podiums) in the French series he also began contesting FR2.0 races, with two Eurocup rounds for JD Motorsport and the Alps finale with GSK Grand Prix.

He’s since tested with Fortec and has also been a frontrunner in the MRF Challenge.

Troitskiy’s Fortec programme in 2016 will include a full assault on the NEC as well as selected Eurocup and Alps rounds.

?Fortec is a very good team with very qualified guys? he said.

?I?m very excited to work them, we understand each other well.?

Team manager Martin Young added: ?He has had a strong test program with Fortec over the winter and we look forward to working with him in 2016.

“He has shown good speed over the winter tests and with his recent performances in the MRF championship, 2016 is looking promising.?

Troitskiy is one of four FR2.0 drivers signed with Fortec for 2016.

Ferdinand Habsburg, Vasily Romanov and Bruno Baptista will all do full Eurocup campaigns and were confirmed as such in an update from Renault earlier this week.

Fortec has added that all three will do dual programmes and join Troitskiy in the NEC. Habsburg stays with the team for a second season, while Romanov and Baptista move over from Alps campaigns.

“We have a lot of unfinished business from the 2015 season and are delighted to have Ferdinand back on the team for 2016? Young said.

?Over winter testing, Ferdinand has proven he is able to be the quickest and has shown vast improvement, so I can?t see any reason why he won?t be on the top step of the podium in 2016.

“Vasily was a driver that I was impressed with?throughout the year.

“He has shown he can win races after winning at Monza this year, and throughout winter testing, he has shown he has the strength to carry on where Ben Barnicoat left off and hopefully challenge for wins and the championship.

“I was very impressed with the performance of Bruno over the winter tests. He fits into the team well and has shown great speed at times.”