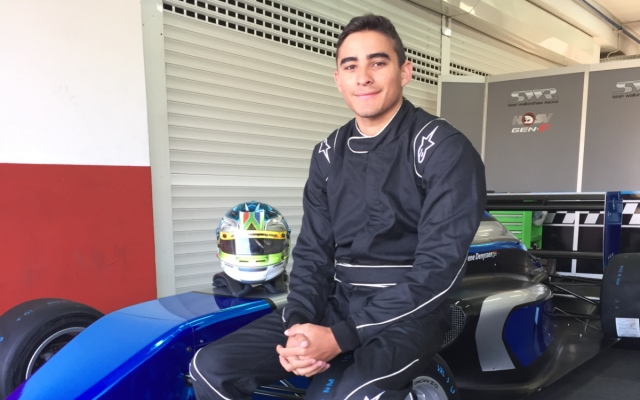 The 19-year-old enjoyed a successful karting career, achieving great results in both local and international championships, including three appearances in the Rotax Grand Finals.

Denyssen tested the old BRDC F4 car with SWR at the end of 2013 and then?finished seventh?in South African Formula Ford the following year?before?staying away from racing this season.

“Although I haven?t raced this year, we?ve been working hard behind the scenes to put a package together to enable me to compete in the UK”, said Denyssen.

“The test I did with SWR at the end of 2013 went very well, I gelled with the team straight away and we?ve been in contact since hoping to make this deal happen.

“I?m not underestimating the size of the challenge, it?s a tough championship and a new car too, but I?m sure we can have a strong year.”

Team owner Sean Walkinshaw commented: “We?re obviously very happy to have agreed a deal with Eugene for next season, he impressed us when we first tested him in the old car a couple of years ago and I?m sure he?ll get to grips with the new Tatuus-Cosworth with a good pre-season.”