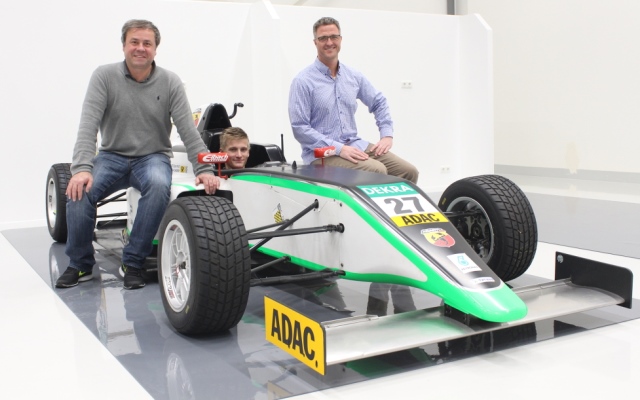 ADAC Formula 4 driver Jannes Fittje has moved from Motopark to the HTP Junior Team for 2016, when ex-Formula 1 racer Ralf Schumacher will co-manage the team.

Fittje was 18th in the inaugural ADAC F4 season, with his best results a pair of sixth places at Lausitz. He was fourth in the rookie standings behind David Beckmann, Mike Ortmann and Mick Schumacher.

He was previously second in ADAC Kart Masters and eighth in the CIK-FIA KFJ World Championship in 2014.

“I am looking forward to starting next season with the champion team,” said Fittje.

“My first season in ADAC Formula 4 has brought me a lot of experience, I would now like to attack next year with my new team and race for victories and podiums.”

Schumacher, who previously held an advisory role at rival team Mucke Motorsport, said: “I have known Jannes since karting. He is one of the most promising young German talents in motorsport.

Ungar added: “Jannes won us over with his first test for his performance and his professional approach.”

Carrie Schreiner will remain with HTP Junior Team for a second season after a best finish of 15th in 2015.

Nikita Mazepin steps up to F3 with Hitech GP