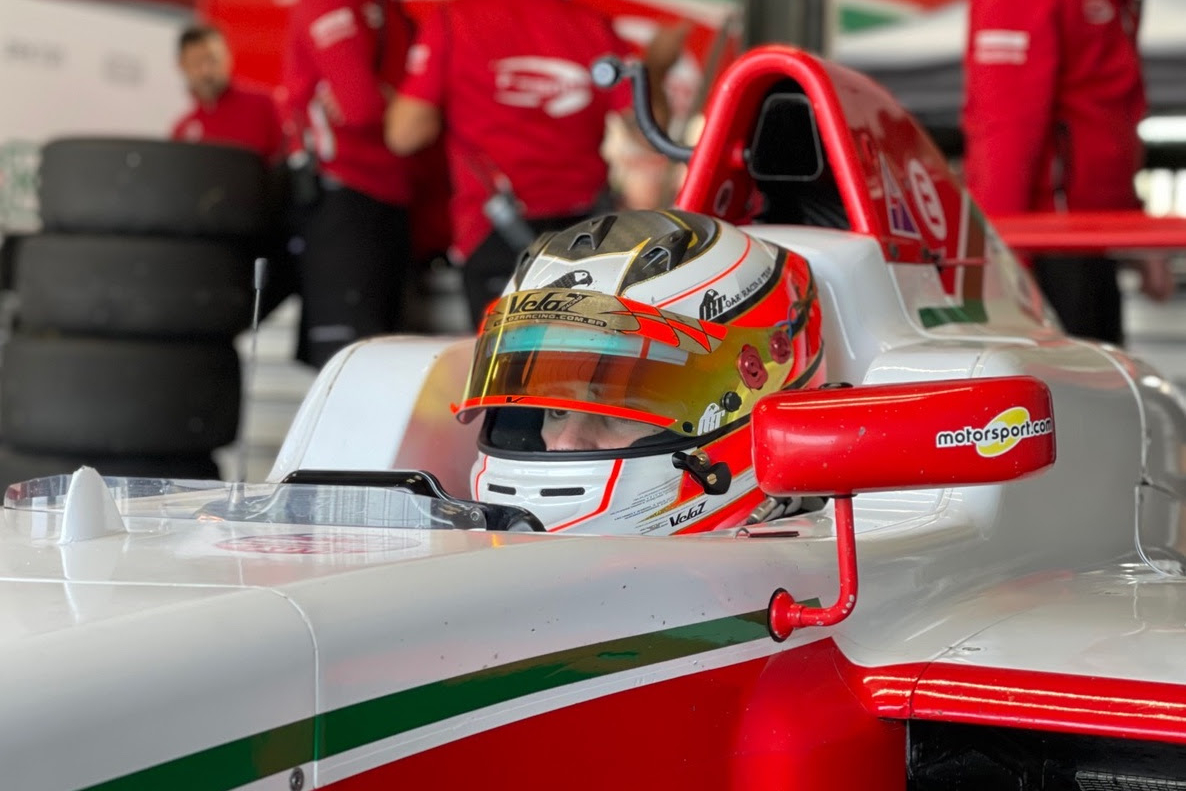 New Ferrari Driver Academy member Rafael Camara will transition from karts to single-seater racing next year in Formula 4, and will do so with Prema.

The Brazilian’s primary programme in his maiden season in cars will be the Italian F4 championship, and according to Prema “more races [in other series] will be added to increase his experience and maximize his learning opportunities”.

Camara won WSK’s Champions Cup and Super Master Series, the Champions of the Future title, and was runner-up in the CIK-FIA European Karting Championship in OK karts in 2021, and joined the FDA after participating in its Scouting World Final.

“I am very excited in joining Prema for the upcoming season,” said Camara.

“Prema’s tradition and numbers speak for themselves. There could not be a better place for my debut season in open-wheel racing and I’ll do my best to learn as much as possible from the team. Racing for Prema is a remarkable task and I’d like to thank Grazia [Troncon, F4 team manager], Angelo [Rosin] and Rene [Rosin, Prema team boss] for giving me this opportunity.”

Camara had initially looked set for an association with Cram Motorsport on his move into single-seater racing, having tested with the team in F4 throughout this year. However his new Formula 1 junior status has pushed him towards a berth in Prema’s line-up.

He will be team-mate to fellow Ferrari junior James Wharton and Mercedes-AMG junior Andrea Kimi Antonelli, who beat Camara to the European title in karts this year, in Italian F4. Both Antonelli and Wharton will also be racing in F4 United Arab Emirates at the start of 2022.

“We are delighted to welcome Rafael to our team,” Prema’s team principal Angelo Rosin said.

“He achieved impressive results in karting, and we are looking forward to having him with us for his car racing debut.

“It is always challenging for a driver to enter a new form of competition, but the fact of having a brand new car will maybe serve as an equalizer to level the playing field with the more experienced rivals. Still, entering such a competitive environment will be demanding, and we do everything in our power to help Rafael in the transition.”