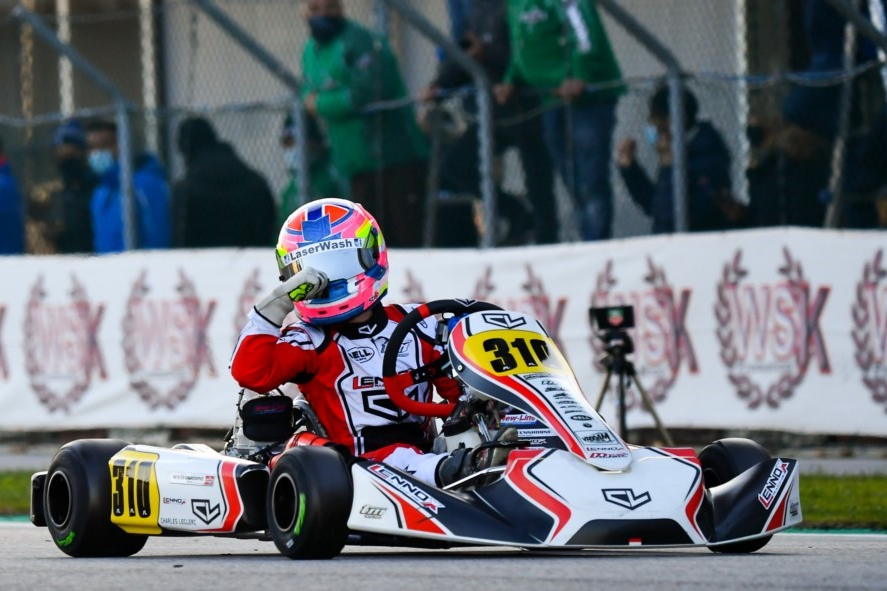 R-ace GP has made its first signings for the upcoming Formula Regional Asian Championship and Formula 4 United Arab Emirates seasons, and will hand Martinius Stenshorne his single-seater debut.

Racing for the Charles Leclerc-branded Lennox Racing Team this year as a rookie in OK karts, he came 10th in the Champions of the Future series, 12th in the CIK-FIA European Karting Championship and 13th in the WSK Champions Cup.

The 15-year-old spent the previous two years in OK-Junior karts, winning the South Garda Winter Cup, coming second in Trofeo delle Industrie and the Champions Cup, and finishing third in the WSK Open Cup. In his second season of junior karting he raced for Formula 1 champion Nico Rosberg’s team.

His single-seater debut comes after testing several times in first-generation F4 cars with Van Amersfoort Racing. F4 UAE will be the first series to use Tatuus’s second-generation chassis design ahead of it being introduced in Europe.

R-ace’s entry into the series will also be in conjunction with local team 3Y Technology. 3Y has competed in F4 UAE for the past two seasons, as a full-time one-car team in its first year and then as a part-time entrant in its second.

It also co-ran a car with Evans GP for the first three rounds of the 2021 FRAC season.

Oliver Goethe will pilot one of the 3Y by R-ace cars in FRAC next January, marking his second venture into FRegional competition after coming 23rd in the FIA’s European championship this year with MP Motorsport.

Before that he spent two seasons in Spanish F4, and won one race.

“I’m excited to get such an early start to my 2022 campaign,” said Goethe. “I usually spend the winter breaks in the gym and on the simulator to prepare for the season ahead, but that doesn’t come close to getting actual track time, especially in such a competitive championship.

“I can’t wait to start working with 3Y by R-Ace GP. They have an impressive track record, and I am looking forward to learning as much as possible. I have never raced outside Europe which makes it even more special. I can’t wait to get going!”