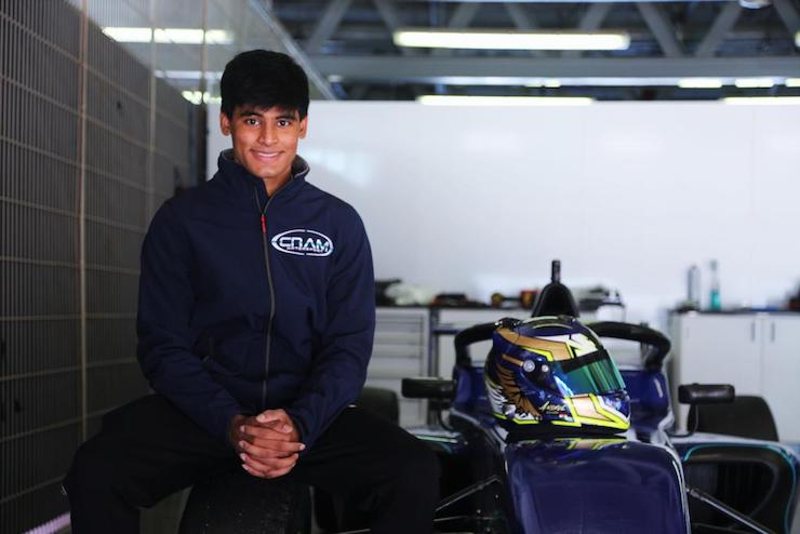 Cram Motorsport and Hitech GP’s joint attack on Formula 4 United Arab Emirates has begun with the announcement of the signing of Anshul Gandhi.

The Indian racer made his F4 debut this year in the Spanish championship with Global Racing Service, after testing frequently with the team, then joined Cram for post-season testing in Italy.

Gandhi’s karting career however has been based in the Middle East, where he won the 2019-20 IAME UAE Series title in X30 Junior karts, and he is coached by Formula Renault 3.5 race-winner Alvaro Barba.

“I tested with them prior to the season and it was a great experience. It’ll be an honour to drive under the Indian flag and I’m looking forward towards and exciting season with the team.”

Recently he has also moved into shifter karting in the IAME UAE Series, and currently sits third in the Gearbox championship after three rounds.

Cram and Hitech are working together for F4 UAE next January to learn the new, halo-shod Tatuus T-421 car before it is introduced to the British and Italian championships later in 2022. While Cram has been competing in F4 for several years, Hitech is fairly new to the category having only previously contested the Motorsport Games F4 Cup and not against competition.

The team was supposed to be in the F4 support race to the Abu Dhabi Grand Prix earlier this month, which marked the competition debut of the T-421, but freight issues meant its cars didn’t arrive in time for it to take part.

Cram’s co-founder Gabriele Rosei said of Gandhi’s signing: “It is a real honor for us to have you with [us] in the Arab F4 series. The team has been in the Emirates for a year to remember, in which it won with Enzo Trulli; all the staff are motivated in order to repeat it. The series will be an important opportunity to test the new-generation cars, which we will also use in Europe. We are ready to go! “