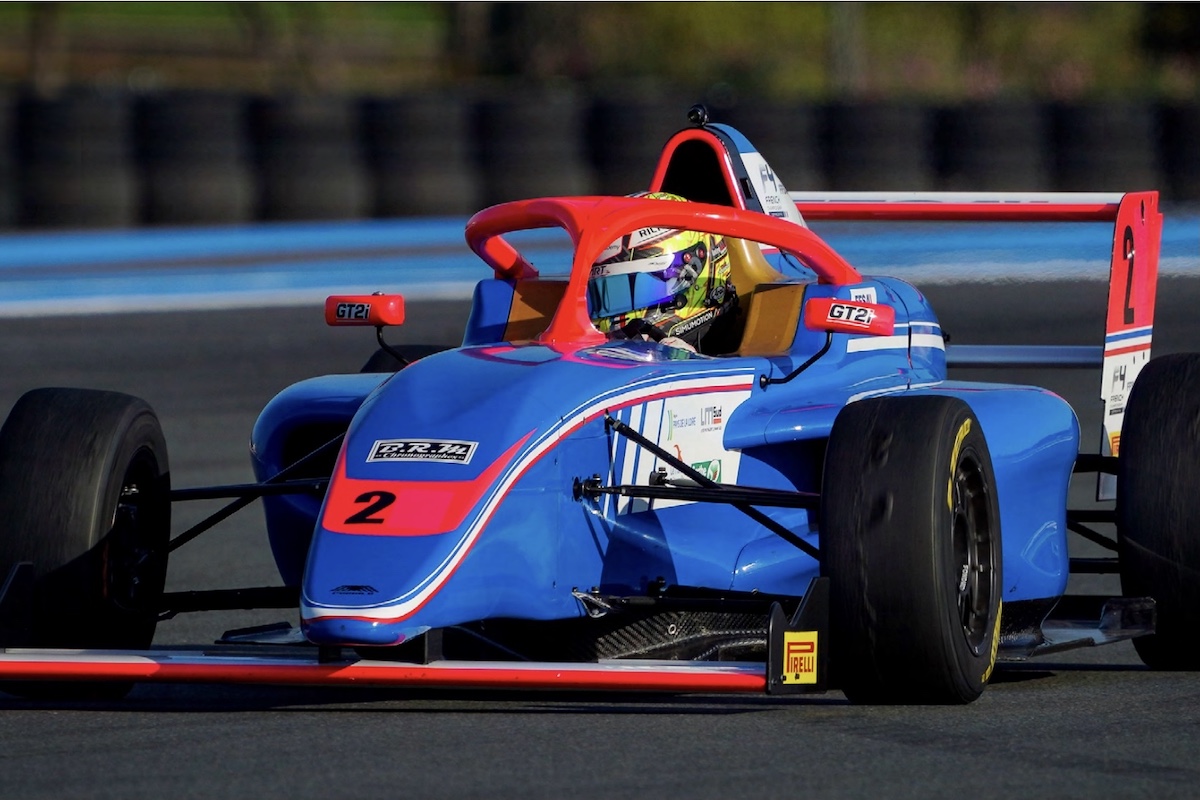 The FFSA Academy has revealed a list of 22 drivers already entered to race in its French Formula 4 Championship in 2022 in its new second-generation Mygale chassis.

Heading the list is the 2021 series runner-up Hugh Barter, who claimed two victories this year after landing a seat by winning the Richard Mille Young Talent Academy.

Another of the favourites will be Alessandro Giusti, who won the 2021 junior title for drivers aged 14 at the start of the season and finished sixth overall with a pair of outright wins. His three full-season junior rivals Dario Cabanelas, Enzo Geraci and Pierre-Alexandre Provost will all return too, as will Gael Julien who claimed seventh overall.

Several drivers who made guest appearances in 2021 are entered for next season including Enzo Peugeot, the 2020 French junior karting champion and FEED Racing finalist who made his debut in the Magny-Cours season finale. Pablo Sarrazin, the son of one-time-Formula 1 racer and sportscar ace Stephane, contested the mid-season round at Ledenon, while Enzo Richer took in four rounds, Romain Andriolo entered two and Louis Pelet was present at Paul Ricard. American Luciano Morano also returns after racing in the final two events of the season.

The most interesting newcomers are the two winners of this year’s Suzuka Racing School-Formula scholarships, Yuto Nomura and Souta Arao. They will follow in the footsteps of SRSF graduates and Honda juniors Ayumu Iwasa and Ren Sato, who largely dominated the 2020 championship, with Iwasa already poised to race in Formula 2 in 2022.

Amir Sayed also has single-seater experience from Formula LGB cars in his native India, while Ecuador’s Mateo Villagomez has won six-hour sportscar races in his homeland as well as being a national karting champion.

The highest-profile arrival from karting is Belgian driver Lorens Lecertua, who has raced internationally for the past three seasons and came seventh in the final round of this year’s European championship in the OK class.

Jeronimo Berrio has represented Colombia at the Rotax Max Challenge grand finals, while Pol Lopez from Andorra raced KZ karts for Praga in the Spanish championship in 2021.

Leny Reveillere is a graduate of the FFSA Academy’s French junior karting championship, where he came seventh this year, while Edgar Pierre finished third in the French Senior Cup. Antoine Fernande will make his racing debut.