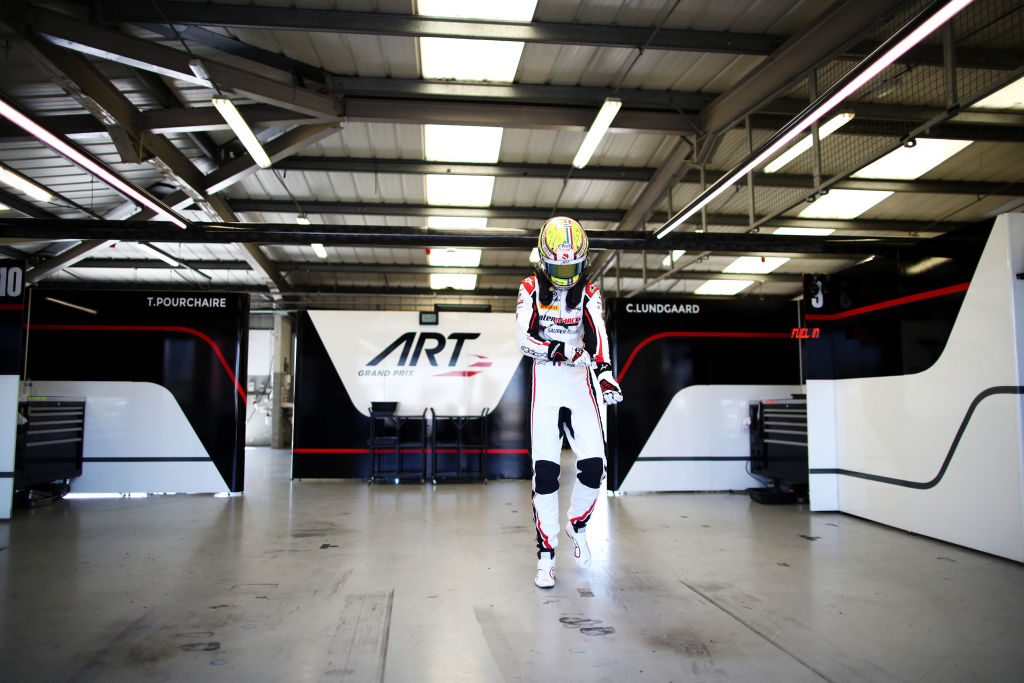 Sauber junior Theo Pourchaire has refused to rule out graduation to Formula 1 in 2022 with Alfa Romeo Racing, but “can’t answer” where his future lies at the moment.

Pourchaire, along with Formula 2 rival Guanyu Zhou, seat incumbent Antonio Giovinazzi and Formula E world champion Nyck de Vries is linked with what is understood to be the final vacant spot on the 2022 F1 grid.

The French teenager stated earlier in 2021 that he is “far away” from F1, but has since conducted a private test with Alfa Romeo at the Hungaroring. Formula Scout enquired about F1 to Pourchaire in an F2 media session before the Monza round.

“For sure, that’s my dream, I would like to be a F1 driver. As everyone else [does]. But when? I don’t know. You have to ask [Alfa Romeo team principal] Frederic Vasseur. That’s the best person to ask. Me, I’m just a F2 driver at the moment and I’m fully focused on F2 right now.

“I know that the results are important in F2 for me, for the future, so that’s only what I can say at the moment, and we will see.”

With the rest of F1’s silly season having drawn to a close, Alfa Romeo is under no real-time constraint to announce who will partner new signing Valtteri Bottas at the team next year.

But F2’s stop-start calendar, which has a mammoth 10-week gap between the upcoming Sochi and Jeddah rounds, makes it harder to assess promoting a driver from the championship.

Pourchaire added “for me it’s a normal grand prix [weekend]” in regards to if the F1 rumours would have an affect on his preparation for the races at Monza this weekend, reinforcing that he has no knowledge of his future.

“It will be as usual. I need to do good results. It’s not because there is certain rumours about me in F1 or anything else,” he said. “To be honest I have no idea about my future.”

But the Frenchman does feel that performing well in the next two rounds could propel him into contention for the Alfa seat.

“We still have the full second half of the season to do. But I know that I have to do two good weekends in Monza and Sochi. This can probably decide my future, and we will see. If I do good this weekend already, we will have some idea. Otherwise, I don’t know anything.”