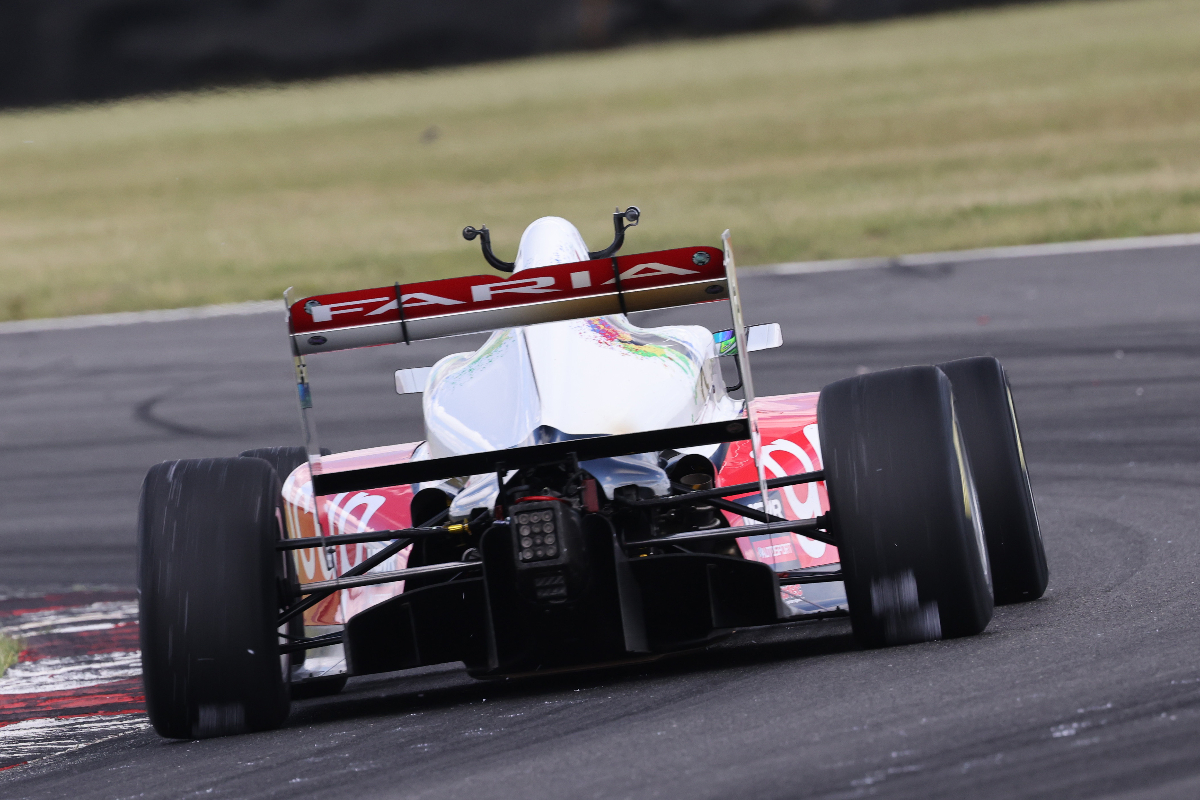 Roberto Faria was fastest on the first day of pre-event testing for the latest GB3 round at Oulton Park.

Reigning British Formula 4 champion Luke Browning shone ahead of his series debut with the second-quickest lap, having been denied top spot by his Fortec team-mate at the end of the final session.

Faria, who currently is third in the standings and just seven points ahead of Simmons, was within a tenth of a second of his rival.

Zak O’Sullivan, who could seal the title this weekend, was third ahead of Carlin team-mate Christian Mansell, while Browning marked his first session with the fifth fastest time.

Simmons marginally bettered his own time at the end of session two, but he was pipped by Faria who set a new benchmark of 1m32.327s.

An early rain shower in session three prevented anyone from improving. Hitech GP’s Reece Ushijima was fastest with a lap almost a second slower than Faria’s session two topper.

Most drivers recorded their best laps in the fourth and final session, which was led for the most part by Browning. The debutant set the best time of the day with a few minutes remaining before Faria went 0.083s quicker on his penultimate lap.

Simmons also improved to end the day in third, just over 0.1s behind Faria. Elite Motorsport’s Tom Lebbon was fourth ahead of Carlin duo O’Sullivan and Mansell, all recording their best laps at the end.

Reece Ushijima was seventh overall, having set his best lap in the second session, ahead of Hitech team-mate Bart Horsten.

Jonathan Browne 15th overall for Hillspeed ahead of his second GB3 appearance, his best effort coming in the fourth session, just over a second adrift of Faria.

Douglas Motorsport and CDR ran cars for Marcos Flack and Zak Taylor respectively at the test, with Flack edging his British F4 rival to the 17th fastest time overall, both lapping within 1.4s of the pace on their first GB3 outings.

Reema Juffali returned to GB3 action after missing the Silverstone round due a family bereavement. The Douglas Motorsport driver finished in 19th, having her set best time in the opening session.