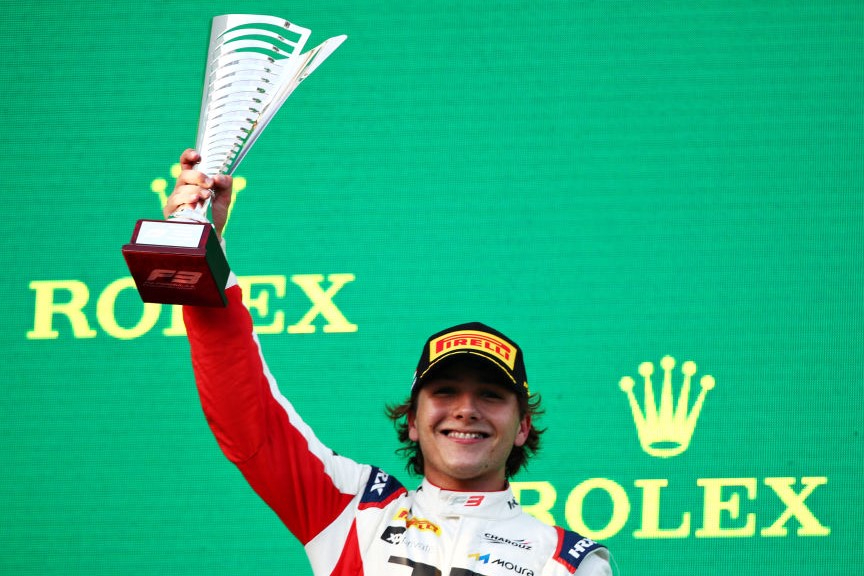 Charouz Racing System’s new Formula 2 driver Enzo Fittipaldi has spoken ahead of his debut of his surprise at graduating from Formula 3 mid-season.

Fittipaldi picked up a podium and a handful of other points finishes with Charouz through the first half of his second FIA F3 Championship season, before being called up to replace David Beckmann in the Czech outfit’s F2 line-up for this weekend.

Formula Scout asked Fittipaldi in Thursday’s F2 media roundtable at Monza about how the deal came about.

“So honestly, I wasn’t really expecting to be here,” he admitted.

“It really was something that happened last-minute and I’m very grateful for this opportunity. It’s actually very, very difficult to get all the way here with the financial part, it’s not easy.

“But I was really happy I got the opportunity to race F3 with Charouz at the beginning of the season and iy was going pretty good.

“We got a podium and after that they called me and they gave me the opportunity. They said if I wanted to come and race in F2 at Monza. I said ‘of course’. It’s going to be a big challenge but I’m really looking forward to it.”

Former Andretti and Ferrari junior Fittipaldi went on to explain the preparation he’s been able to do since his F2 debut was announced a week ago.

“I wish I could have done some actual test days but it’s difficult. Like I said, it’s really expensive. But it is a short time and I was able to do some simulator in Prague with my team.

“I’ve actually never driven a car with carbon brakes, so I’ll have free practice to get up to speed. Never driven a F2 car and never done a pitstop in my life, so it’s going to be my first pitstop this weekend in the third race.

“[We] can’t really practice the pitstops in the free practice. So yeah, it’s going to be extremely difficult, but I prepared as much as possible with the tools I had and with my engineer. So feeling ready and I’m really looking forward to it.”

It will be the third single-seater series that Fittipaldi was raced in this year, having started 2021 in Indy Pro 2000 in a car co-run by Andretti Autosport and RP Motorsport. A shaky season start led to him departing the series, and he ruled out a return to the United States at the start of June.

Beckmann, whose financial position led to his Charouz exit, actually remains on the F2 grid after a late call-up from Campos Racing to replace Matteo Nannini, who is also racing full-time in FIA F3.