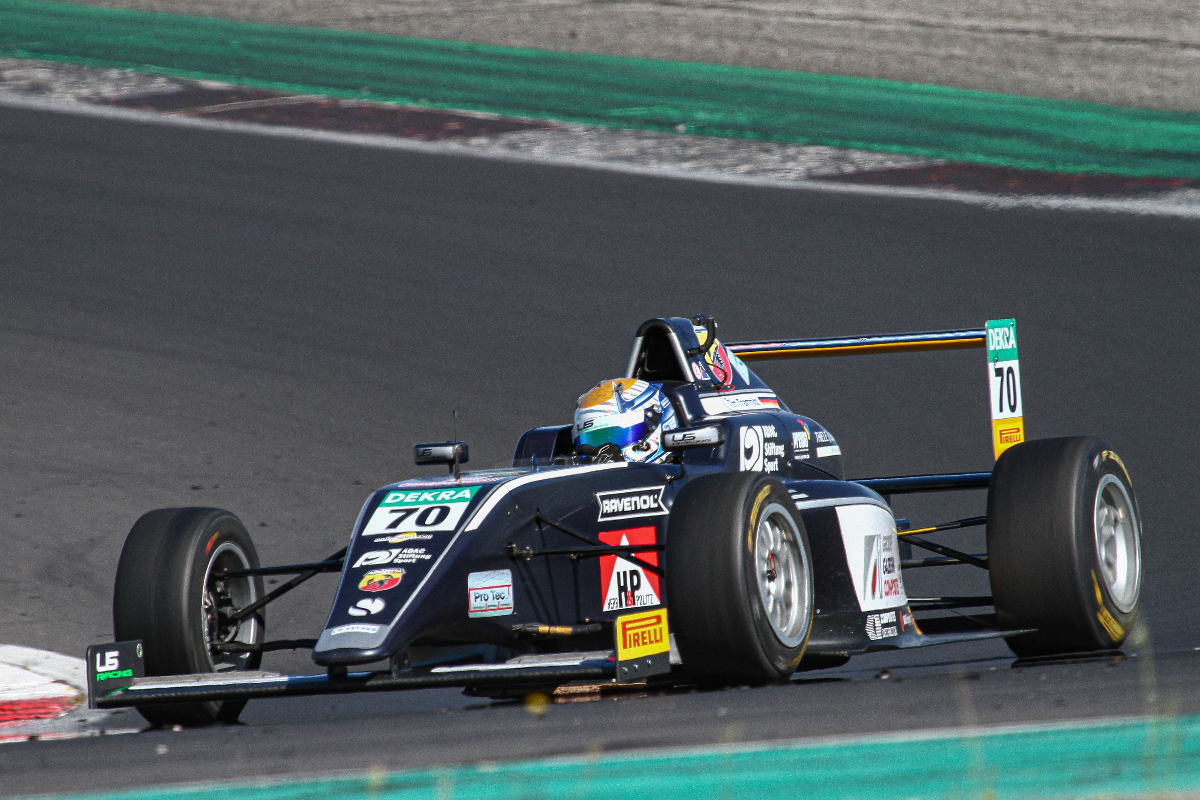 US Racing’s Tim Tramnitz set the pace in the first Italian Formula 4 practice session at the Red Bull Ring.

There were laptime improvements almost all the way through the 40-minute morning session, with Iron Lynx’s Ferrari junior Maya Weug quickest out of the box.

The pace quickly improved, with BVM Racing’s Francesco Simonazzi becoming the first driver to break into the 1m36s and then the 1m35s early on.

Tramnitz then knocked two seconds off the benchmark pace with improvements in two successive laps, and then going faster again straight after that meant he sat at the top in a 1m32.726s after 15 minutes of the session.

Duerksen soon upped his pace, trimming four tenths of a second off Tramnitz’s benchmark. Bearman’s Van Amersfoort Racing team-mate Joshua Dufek then jumped to the top halfway through thr session, setting a 1m32.087s, and that stood as the best lap for 10 minutes before Duerksen struck back with the first sub-1m32s lap by half a second.

Tramnitz was immediately with him on pace though, while Prema’s debuting Mercedes-AMG Formula 1 junior Andrea Kimi Antonelli briefly rose up to third, and with six minutes to go Tramnitz returned to first place with a 1m31.356s.

Duerksen’s best lap deleted for violating track limits at the penultimate corner, but he set another strong effort to remain in second place before a full course yellow period occurred with three-and-a-half minutes left on the clock when Jenzer’s Francesco Braschi lost his front wing.

The top two dived into the pits before the track went green again with 20s remaining, and it was Dufek who ended up in third place ahead of Montoya and Antonelli.

Bearman was shuffled down to eighth, the last person within a second of Tramnitz’s pace.