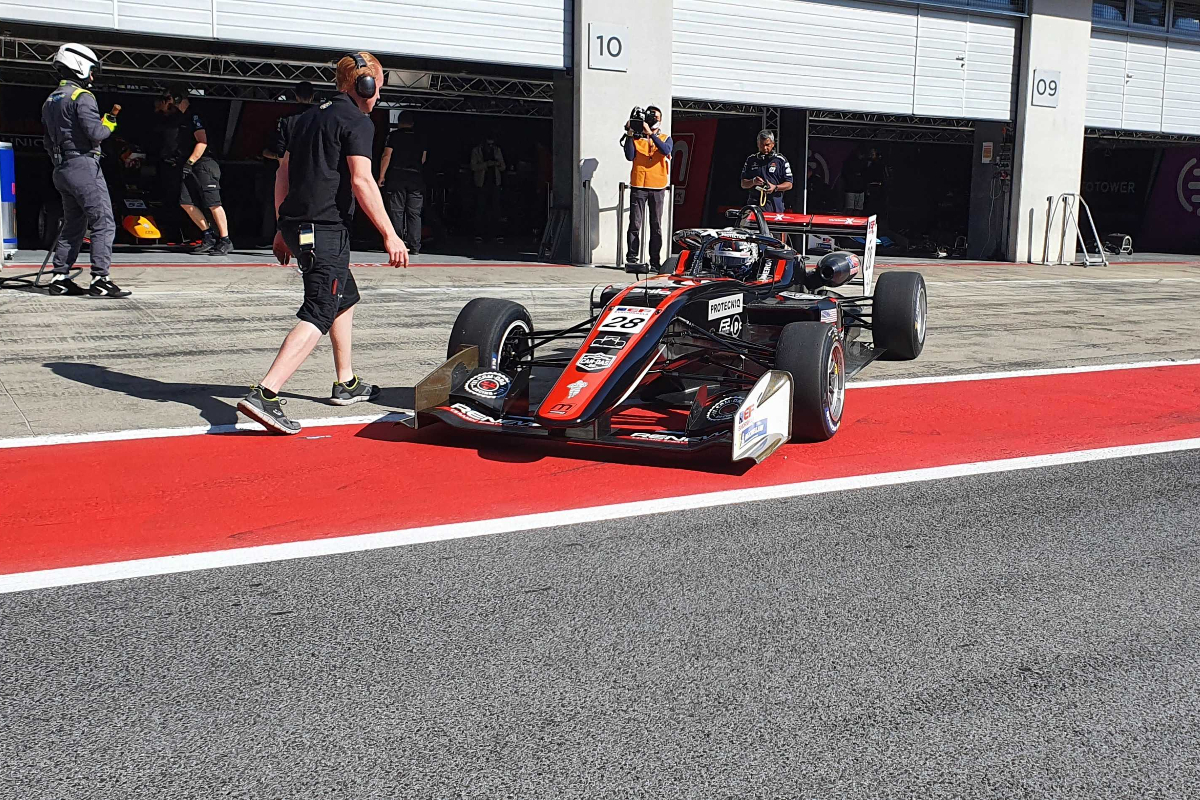 Euroformula points leader Cameron Das pipped team-mate Jak Crawford to the top of the times in free practice one at the Red Bull Ring.

The two Americans and their debuting French team-mate Reshad de Gerus locked out the top three positions at one point in the 40-minute session.

They weren’t at the head of the leaderboard straight away, as Van Amersfoort Racing’s Rafael Villagomez was the early pacesetter and for a while traded first place with Das.

Cem Bolukbasi also got into that battle in the second of VAR’s cars, but had his fastest lap deleted at one point.

Double R Racing’s Josh Mason was therefore the driver to break Motopark’s stronghold, going second fastest before Bolukbasi later nabbed the position from him. Two consecutive personal bests then sent Bolukbasi to the top with a 1m24.145s lap almost half a second clear of everyone else, and he remained there until the final five minutes.

On several occassions it looked like Red Bull junior Crawford would go fastest, consistently being the driver to beat in the first sector of the lap, but he frequently lost time in the final corners due to traffic. With his progress being delayed, it meant team-mate Das was the driver who then put Motopark back on top with the first sub-1m24s lap of the day.

He improved on that in the final minutes too, setting a 1m23.827s with his penultimate effort. Crawford met the chequered flag moments later and was just 0.003s slower, while Villagomez rose back up to third place ahead of Bolukbasi.

Carlin’s series returnee Brad Benavides ended the session in 10th place and less than 1.1s off the pace. He was one position above de Gerus, who didn’t set as many laps as his opposition when the track condition was grippier later on, while Enzo Scionti propped up the leaderboard in the sole Drivex School car.

The Spanish team had entered a second car, but no driver arrived to fill it and therefore Drivex will be running a sole Dallara 320 this weekend.