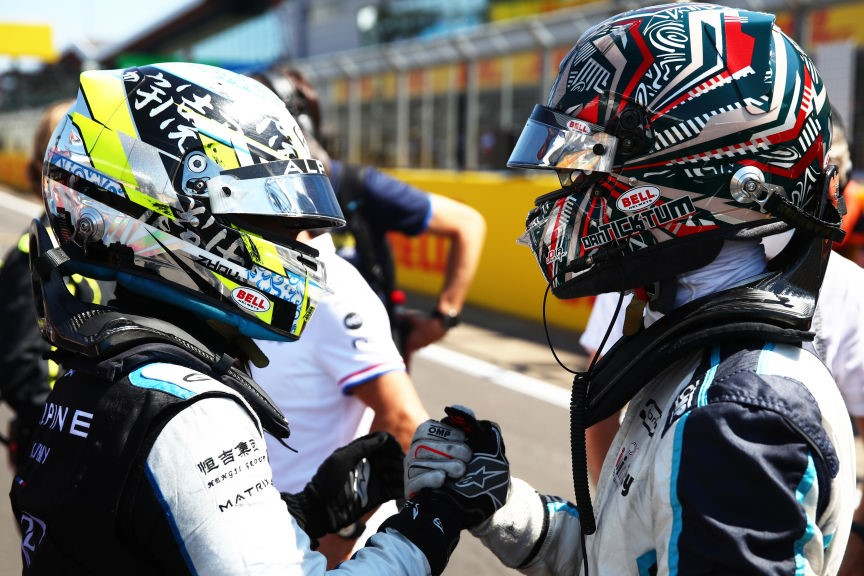 Four rounds in, four to go in Formula 2. Who really holds the advantage in the 2021 title battle right now?

As Formula 1 silly season has drawn to a close, the fight for the Formula 2 title has gained additional importance despite the lack of spaces to graduate into. Sounds paradoxical? It kind of is.

Becoming the 2021 champion will rule out a 2022 F2 return, but in a grid so densely packed with drivers that F1 has eyes on it will be useful for 2023 if your name is remembered as the one that beat all the others. And if next season’s schedule is anything like this year’s one, then having your completed CV to present to F1 teams before the summer will be a huge asset.

If you were an F1 team looking at the F2 grid now, and forgetting pre-existing allegiances, who would be standing out?

The obvious answers would be Alpine’s title-leading duo of Oscar Piastri and Guanyu Zhou, racing for Prema and Virtuosi respectively, while the chasing Robert Shwartzman has been outshone by his rookie team-mate Piastri in some aspects but has also consolidated all of the abilities he showed in his attack at the title during his 2020 rookie season.

There has been more bad luck headed Shwartzman’s way than the two drivers ahead of him, but he’s also frankly been lacking in speed compared to them at times. In the Bahrain season opener he went on a charge that raised eyebrows, but since then it’s his racecraft that has pulled him up the order rather than raw pace.

Shwartzman could find more speed in qualifying with set-up tweaks, but that might take off some race pace. Given Prema’s strength over the past few seasons has been finding the balance between the two, it’s unlikely to be making such a change. There is actually a big opportunity for experimentation on the title run-in though, as the debuting Jeddah street circuit will inevitably put an onus on qualifying due to its narrow and twisty layout. As nobody has data from that track (or at Abu Dhabi since the introduction of the 18-inch Pirelli tyres), it could really throw up surprises and ultimately decide the title. If a driver is lacking elsewhere, for now, they could claw it all back in Jeddah.

Piastri is the driver with a target on his back, not only because of his points lead but following Silverstone, he is now the benchmark for absolute pace. His pole position at the British Grand Prix jumped him past fellow rookie Theo Pourchaire and Juri Vips using Formula Scout’s average of taking a driver’s fastest lap from each weekend.

Close to Vips are Zhou and Dan Ticktum, then it’s the second driver from each of the teams present in the top four places. That either means those teams have strong line-ups, have a strong car, or both. It’s hard to read into that at the top end without talking to engineers as well as drivers, but further down it’s a clearer picture.

DAMS, for example, has its drivers in 12th and 13th on absolute pace. On race pace though (calculated from consecutive 10-lap runs), its driver Marcus Armstrong was fifth fastest. This is because the French outfit has a car set-up that takes longer to build heat in the tyres (not useful for qualifying) but can then be in its peak performance and temperature window later into a stint. Armstrong put this to good effect in the second Silverstone sprint race, as he was fastest on long-run pace.

“I think this season in DAMS, the car has always been in a very good balance window, and very driveable,” Armstrong said to Formula Scout in the media roundtable ahead of this weekend’s Monza round.

“Naturally F2 throws a lot of variables, at the team, at the driver. Obviously, the tyre is very difficult to get in the perfect window which has been our main focus for the past couple of races and it will be even more critical in the next few races as well. So there’s just so many variables that we need to get right every single time, and I think that we can improve mainly on our quali runs, making sure that the tyres are in the right space.”

He and team-mate Roy Nissany aren’t scoring heavily, as they too frequently qualify outside of the top 10 so don’t benefit from reversed grids. Piastri, in contrast, has scored plentiful points with similar car strengths. He’s looked very strong on a high fuel load, although admitted to struggles in dirty air at Silverstone, and has been excellent in defence to ensure he doesn’t lose positions in reversed grid races. 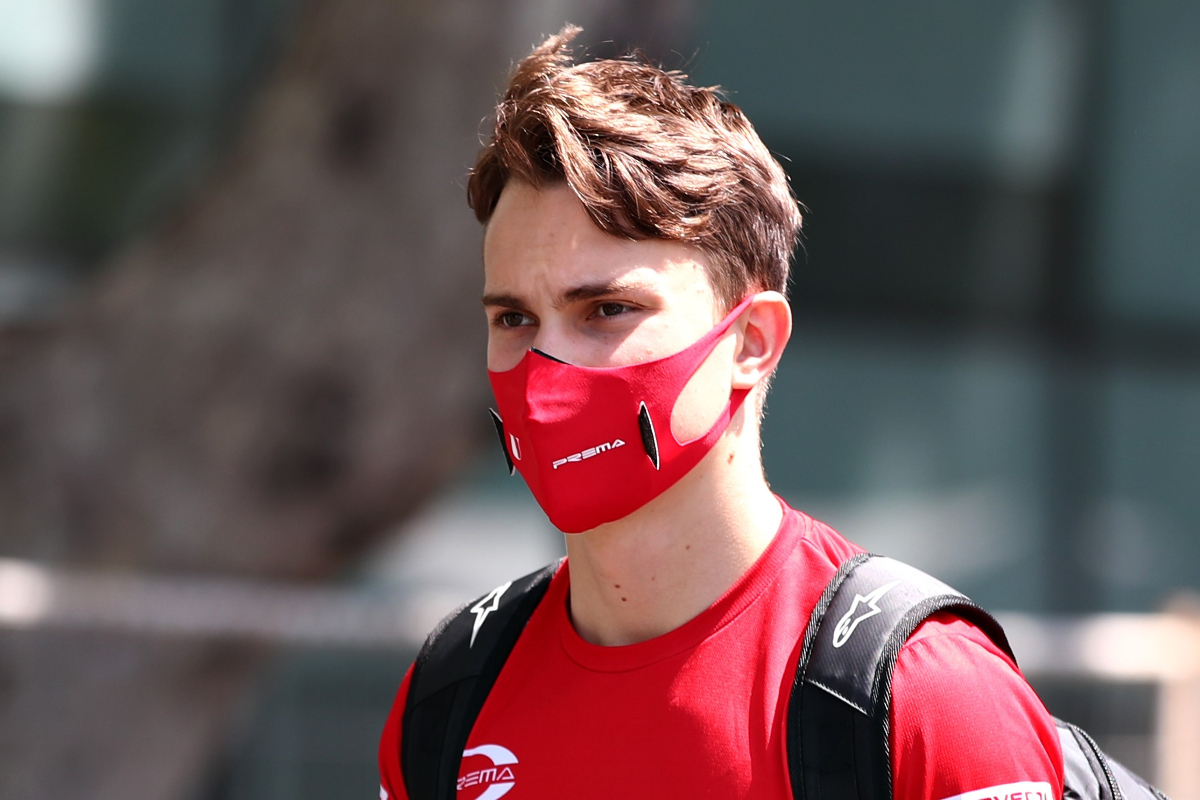 Piastri has, in effect, put himself in the title leading position so far by getting on top of what is essentially a two-lap qualifying format and nailing the start of races. A similar strategy was used by Mick Schumacher, who drove the same car for Prema to title success last year.

One of the surprises of the season has been Campos Racing driver Ralph Boschung. The 23-year-old is 11th in the points, 10th on absolute pace on average and would have been ninth if the fastest lap from his qualifying group in Monaco was considered separate to that of Pourchaire’s group.

In fact, the front of the field is so close that taking the difference of track conditions between those qualifying groups into consideration has a big impact on the order.

Zhou would now be Piastri’s closest opponent, Vips would drop to fifth and the top 10 would be split by 0.442% on pace. Despite topping his qualifying group, Shwartzman would remain in eighth place in the calculations.

On race pace, Ticktum’s gap at the top has grown after two impressive races at Silverstone. Nobody managed to get an uninterrupted run of laps in during the first sprint race, so there were only two races to sample from, but as one was a sprint and the other was a feature – and they took place in quite different temperatures – it’s still a good sample of data from a track that pushes tyres and drivers to the limit.

Between them on pace is Vips, who after a nightmare opening round in Bahrain where he scored no points has been consistently on the ball. He pulled two victories out of the bag in Baku, was the only rival to Ticktum and Zhou on pace in the most recent race, and has scored more points than anyone else in races since F2 headed to Europe.

From the last three rounds, Piastri does have two more points overall but four of those were from his Silverstone pole.

Bahrain’s highly abrasive surface, desert sand and car-killing temperatures were possibly the biggest oddities of the season so far despite the two rounds after taking place on the streets of Monaco and Baku, and it is reflected in the points table.

Liam Lawson (Hitech), Jehan Daruvala (Carlin) and Christian Lundgaard (ART Grand Prix) all scored at least 50% of their current points tally in Bahrain, while early points leader Zhou has been outscored heavily by four of his rivals since after woes at Baku and mistakes at Silverstone.

ART GP driver Pourchaire and Boschung scored the majority of their points in Monaco, and MP Motorsport’s round-by-round signing Richard Verschoor more than doubled his haul last time out at Silverstone. Four of these drivers were at one point genuine contenders for F1 seats in 2022, and this perceived inconsistency makes it harder for teams to tell if the performances are flash in the pan or the start of something longer-lasting. It’s another unintended side-effect of the new three-race format and its scoring system and is why even the multiple-round averages are harder to read into than usual.

The final count to look into is one no driver wants to have to factor into their title challenge but is once again prevalent in the series: reliability.

Pourchaire had a technical issue cut short race one of the season, Vips was hit by gearbox issues a race later, Zhou had a jammed throttle in Baku and further down the order Armstrong has twice faced major engine issues. Once again, pace is laying the foundations for rather than telling F2’s title story.

Further reading
How the F2 grid fizzled out of the F1 silly season
Why the F2 format overhaul may be short-lived
Opinion: What would come next if Piastri does a junior series hat-trick?