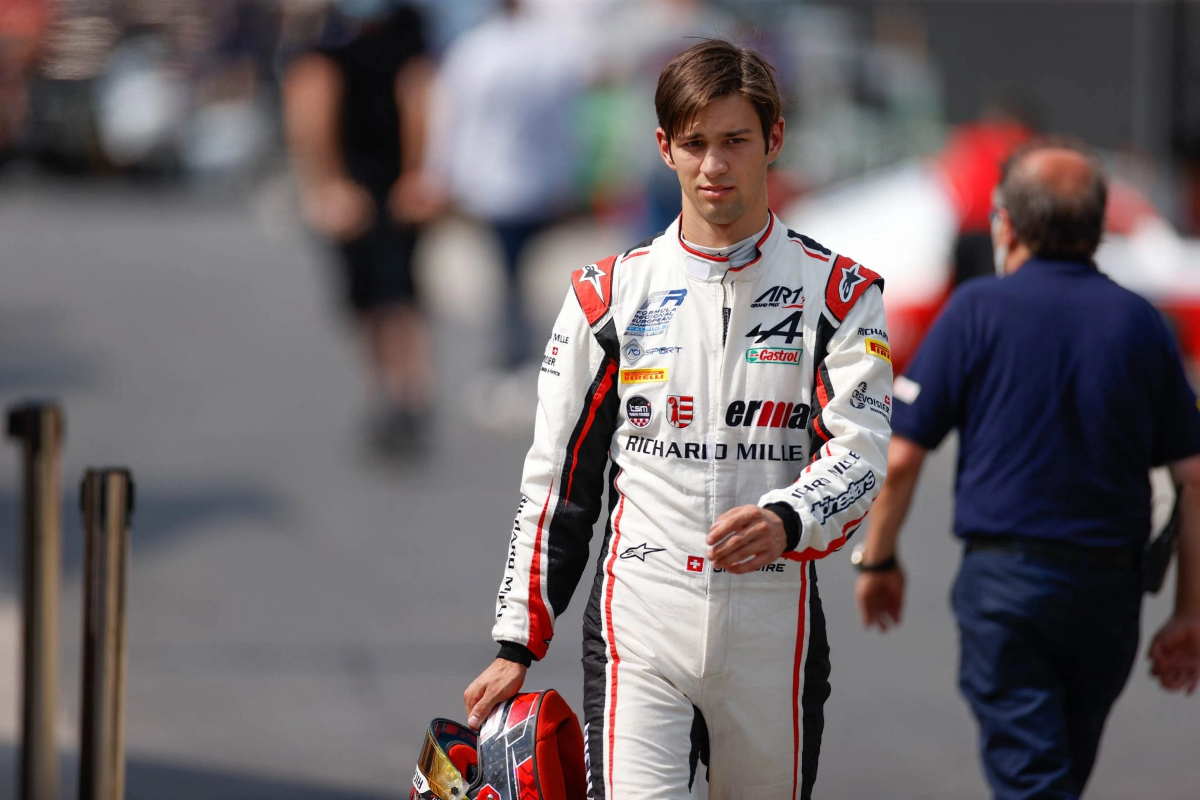 Championship leader Saucy was sixth fastest, but less than a tenth-and-a-half off the pace, with the top 15 covered by less than half a second and 24 drivers all within a second of Colapinto’s 1m27.316s lap.

Aron returned to the top briefly before G4 Racing’s Belov went fastest by over a quarter of a second. Belov was able to keep himself there for longer, only being topped just over a quarter of the way into the hour-long session by Colapinto.

Despite not improving from his 1m26.797s lap, Colapinto went unbeaten until the final 15 minutes when Mini set a 1m26.506s. At that point Gabriel Bortoleto was third, Quinn was fourth and Saucy was 11th.

Saucy leapt up to second with just under eight minutes to go, as team-mate Mini improved to a 1m26.407s, but Colapinto shuffled him down a spot a minute later.

With four minutes and 14 seconds still remaining on the clock, Saucy finally went to the top, and by a slim 0.081s. Mini and Colapinto finished the day in second and third, while Belov and Bortoleto completed the top five.

Quinn was sixth, and Aron sank to 12th. Reigning champion Gianluca Petecof was 22nd on his return with KIC Motorsport, who he will race for this weekend, and he was just 0.013s faster than Monolite Racing’s debuting Jose Garfias.