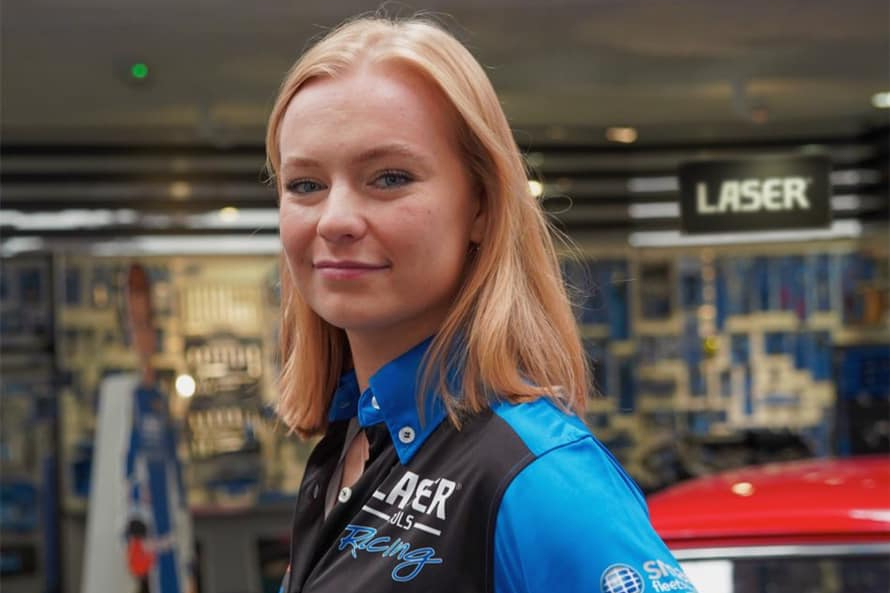 David Leslie Trophy winner Logan Hannah is one of an influx of entries for this weekend’s BRSCC National Formula Ford 1600 round at Oulton Park.

The Scot will race for her usual team Graham Brunton Racing, and her entry will be backed by the Laser Tools company which has its own race-winning British Touring Car Championship team.

Her team-mates will be Michael Gray and Derek Palmer Jr, both regulars in Scottish FFord.

“After not being able to race in 2021 [so far] due to multiple difficult circumstances I’m ecstatic to be heading to Oulton,” said Hannah, who became the first female winner of a Scottish FF1600 race last year.

Gray, making his National FF1600 debut, added: “This will be the biggest event I’ve ever competed at, and I can’t wait to get going. These are the challenges I’ve come back to race for, I’m motivated and I hope it’s the start of a lot more National racing come 2022.”

The 26-car entry list for Oulton Park includes several runners from the BRSCC Northern FF1600 championship, which had to cancel a recent round at Mallory Park due to a lack of entries across the series invited to race there, and Belgian outfit John’s Racing Team.

The John Svensson-led JRT operation has been unable to compete in the United Kingdom up until now due to quarantine requirements, and Svensson will be joined by regular team-mate Pascal Monbaron who is the only Clubman class entrant.

Former British FFord and Historic Formula 1 racer Darwin Smith also makes his return to the category in the country, and will be driving a Van Diemen RF90.

National FF1600 will be supporting GB3 at Oulton. On the GB3 grid there will be three FF1600 graduates in Bryce Aron, Jonathan Browne and Reece Ushijima.