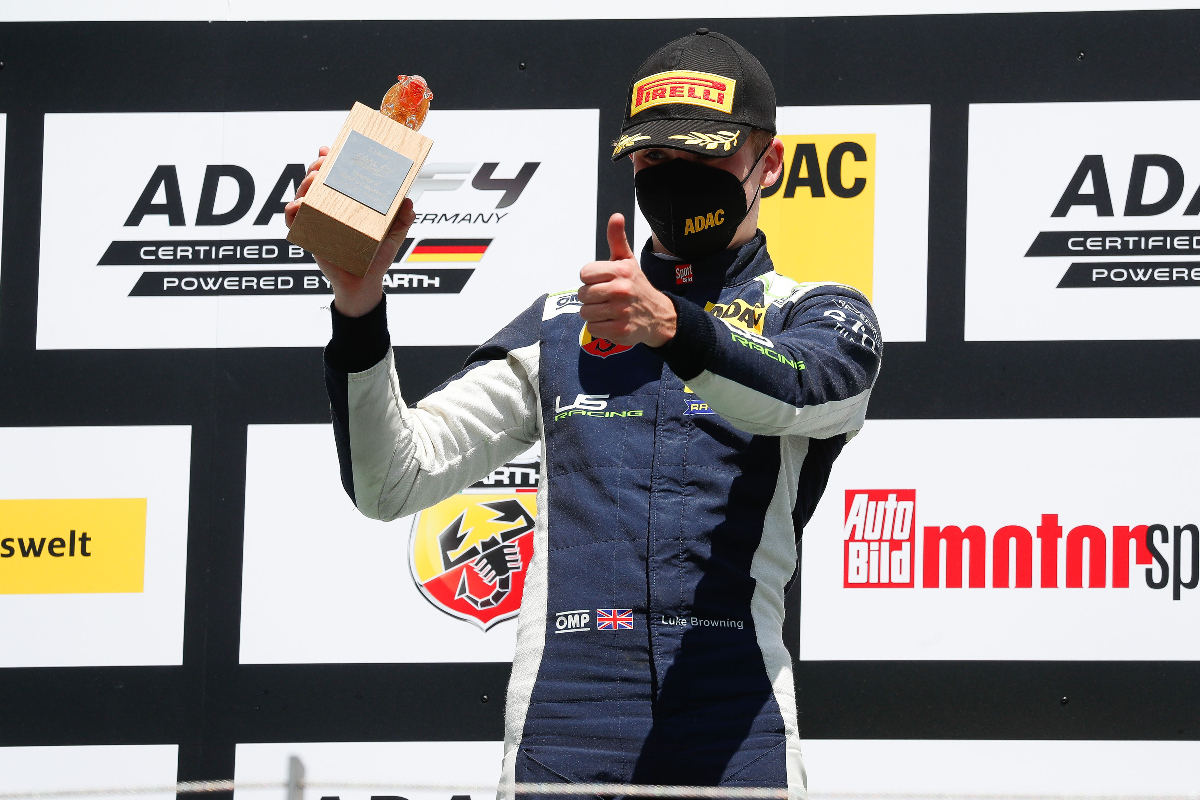 Browning returns to the team which took him to the F4 crown, and he was behind the wheel of the car on Thursday morning for the pre-event test, having last sampled a GB3 car during pre-season.

It means Fortec will continue to field a third car alongside regulars Roberto Faria and Mikkel Grundtvig. Hunter Yeany raced at Spa-Francorchamps and Ollie Bearman did the last two rounds, and is expected to return for the season finale next month.

“I’m super excited to be back with the Fortec family for my debut in the GB3 Championship this weekend, and I can’t think of anywhere better to mark the occasion than my home circuit of Oulton Park,” said Browning.

“I’ve got plenty of fond memories taking the ‘Triple Crown’ there with the team in F4 last season, it would be quite the story if we can repeat that this weekend.

Browning’s last appearance at Oulton Park yielded a hat-trick of wins during his title-winning British F4 campaign, and he says that returning to his home track fills him with added excitement.

“I’m really grateful to the team for the opportunity to jump into one of their cars again, it definitely feels like a homecoming of sorts, and I’m looking forward to finding out how quickly I can acclimatise to the car.

“It’s going to be a different experience, but I know the team will provide me with a great base car to work from, and from there we’ll do what we do best.”

Browning has raced in both Italian and ADAC F4 this year for US Racing, and currently sits fifth in the standings in the latter series, having scoring a victory at the Red Bull Ring.

“Everybody is really pleased to welcome Luke back into the fold for this weekend, and to give him an opportunity to make his debut in the GB3 Championship,” Fortec’s team manager Ollie Dutton added.

“The graduation to a Formula 3 series is definitely where he belongs at this stage in his career, so it’ll be a useful weekend for him both in terms of learning the car, and also showcasing his talent against a highly-competitive field.

“Even though he’s had far less mileage in the car than any other driver on the grid, we’re confident he’ll be on the pace from the off and able to make the most of the experience.

“Regardless of the end result, we’re all very excited to work with him again, and look forward to seeing him out on track this weekend.”

Browning will be reunited on track with his 2020 F4 title rival Zak O’Sullivan, who could seal the GB3 crown this weekend with a round to spare.

Zak Taylor and Marcus Flack, who are both competing in British F4 this year, are also making an appearance at the GB3 test for Chris Dittmann Racing and Douglas Motorsport respectively, though both are not expected to race at the weekend.