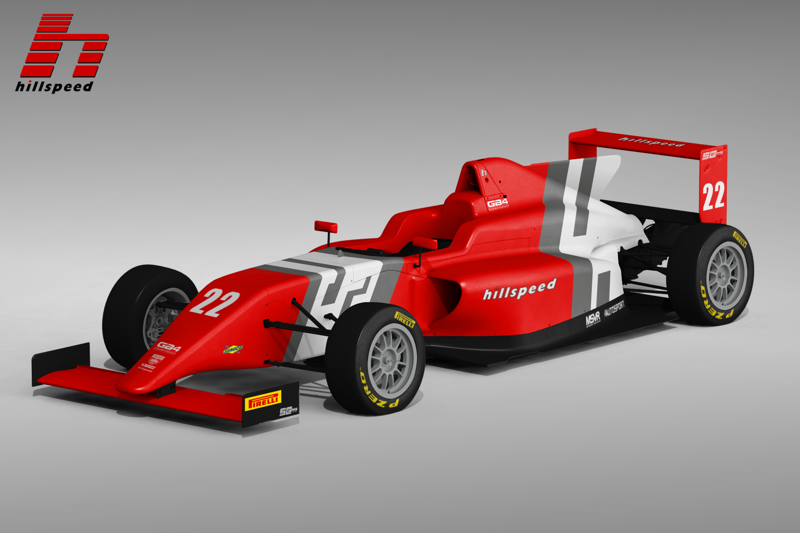 Hillspeed has announced a two-car entry into the new GB4 championship for 2022, making it the first team to join Britain’s new Formula 4 series.

The 51-year-old team will be making a return to F4, having competed in the BRDC British F4 championship prior to it becoming BRDC British F3 in 2016.

“This really is a fantastic announcement by MSV, it demonstrates – once again – Jonathan Palmer and Giles Butterfield clearly understand the industry and the needs of young drivers,” said Hillspeed’s team principal Richard Ollerenshaw.

“Hillspeed is delighted to be today confirming our support of, and participation in, GB4 next year with a two-car entry.

“This also means we will offer a seamless ladder of progression in-house at Hillspeed, through GB4 and into GB3.”

GB4 was announced earlier this week, and uses the same Tatuus F4-T014 car that has been used in F4 series in Europe since 2014. It is also the basis of the GB3 car.

“This will be the perfect environment in which drivers can benefit from the Hillspeed Driver Development Programme, an absolute cornerstone of our operations,” Ollerenshaw added.

“I’m also delighted to announce Hillspeed’s GB4 drivers will receive a complimentary test in one of our GB3 cars at the end of the 2022 season and the highest placed Hillspeed driver in GB4 next year will also receive a financial support package to help graduate into GB3 with the team.”

Palmer was equally as thrilled to not only attract his first team to GB4, but also have firm commitment from a team for the new era of GB3 which will include an upgraded halo-shod car in 2022.

“Richard Ollerenshaw and his father Morgan have enormous experience running young drivers and understand the importance of providing exceptional value for them, knowing many have tight budgets.”