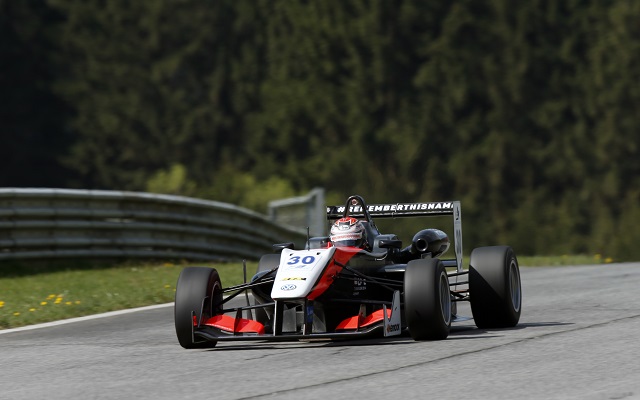 Van Amersfoort Racing rookie Max Verstappen returned to the top of the timesheets of FIA F3 European Championship’s pre-season testing in the final session of the Spielberg event.

Verstappen was dominant in the four-hour afternoon run, taking over at the top in the second half of the session and improving on his benchmark on multiple occasions to ensure a solid advantage over the rest of the field.

Overall, the final session did not stray from the pattern of Volkswagen dominance which was prevalent over the pre-season testing, as the top six cars in the afternoon leaderboards all carried VW engines.

Antonio Giovinazzi was second, a quarter of a second down on Verstappen, with teammate Tom Blomqvist narrowly behind in third, having previously topped the morning running.

Another three Carlin drivers followed behind the duo as Ed Jones, Jake Dennis and Jordan King rounded out the top six.

Antonio Fuoco led the Mercedes-engined cars in seventh, with Felix Rosenqvist, Mitch Gilbert and Riccardo Agostini made up the rest of the top ten.

Alfonso Celis confirmed with Status in GP3 for 2014