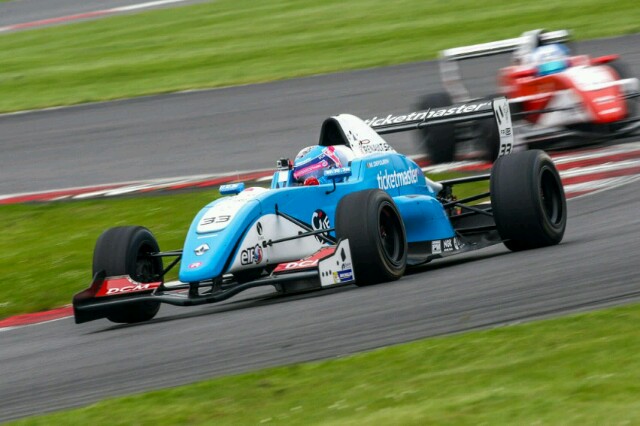 Max Defourny led the first Formula Renault NEC?race of the weekend at Silverstone from lights to flag as?Lando Norris was prevented from starting alongside him on?the front row.

Norris pitted at the end of the formation lap with a gearbox issue, helping Defourny to lead comfortably from pole position ahead of R-ace GP team-mate?Will Palmer.

Defourny was 1.7 seconds clear by the end of lap two, and he extended his lead to over four seconds in the end as Palmer came under pressure from?Dorian Boccolacci, who had taken third from?Ferdinand Habsburg into Maggots on lap one.

Boccolacci caught Palmer going onto the final lap and passed the Briton down the inside of Turn 1.

Habsburg came close to passing Palmer but had to settle for fourth, still a strong result on his return to the circuit where he suffered a huge crash in the Eurocup meeting last year.

Jehan Daruvala finished fifth after a mid-race tangle at Luffield with Callan O’Keeffe, making his return to the category with JD Motorsport. The South African was spun around after a clash of wheels, forcing him to pit with damage.

His team-mate?James Allen had one of his best races in Formula Renault, working his way from 10th to sixth, benefitting when?Alex Gill?and?Julien Falchero?ran wide exiting the Loop while battling.