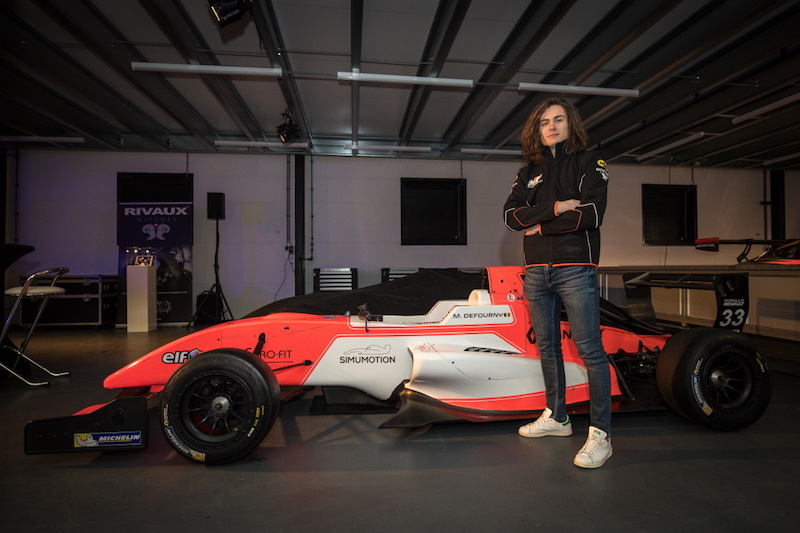 Max Defourny will contest a fourth season of Formula Renault this year, joining MP Motorsport for the Eurocup.

Defourny finished fourth in the Eurocup standings last year after coming third in 2016, driving for R-ace GP on both occasions.

He made his European Formula 3 debut with Van Amersfoort Racing at the Nurburgring last September, and in December tested in both GP3 and Formula Renault with MP Motorsport.

“I?m very excited to sign with MP Motorsport”, he said.

“Staying in Eurocup is probably not what most people expected to happen but we thought it was the best decision for my career.

“We?re really happy with where we are now and with the team atmosphere; the meetings we?ve had have been very good and everyone has enjoyed the presence of each other and there?s confidence from both sides to get the job done.

“This year I?m committed to proving that last year was not the real me and there were other things going on that stopped me reaching my full potential.

“I want to be champion this year, it?s as simple as that. The team this year has a real family feel to it and it is a really positive atmosphere which will help my development going forward.”

“After coming so close to the championship in the past, Max is determined to win this year and we are all behind him to help him achieve his goals,” Blundell said.

MP endured a tough return to Formula Renault in 2017 after a year away, with Richard Verschoor its best-placed driver in the standings in ninth.

?It is excellent news Max will be part of our team,” team boss Sander Dorsman said.

“We had some good and productive test days in December. He is a great team-player and knows how to win.

“Along with Alex and Christian, he will form a strong and balanced line-up of drivers that are all capable of running at the front and challenging for victory. We are all really looking forward to the season.”