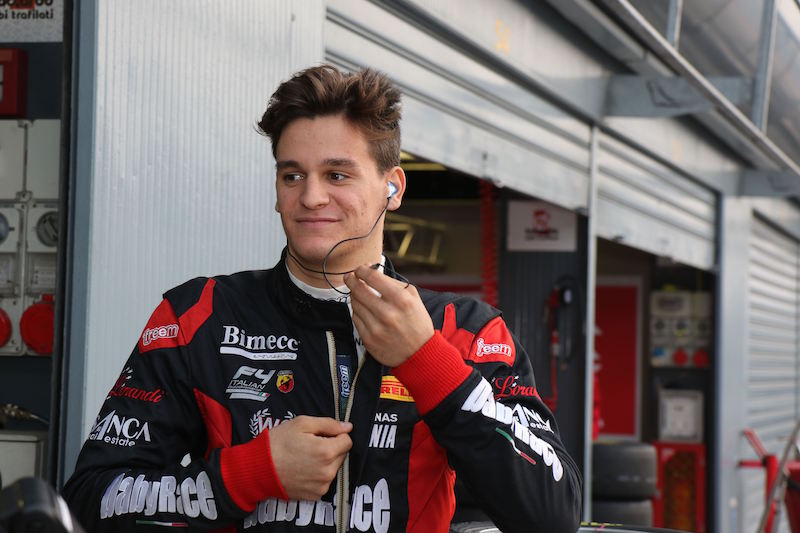 Leonardo Lorandi will stay with BhaiTech Racing for his second season in Italian Formula 4.

Lorandi, the younger brother of GP3 racer Alessio, made his car racing debut in the series last year after a successful karting career.

He finished sixth in the overall standings and was the top rookie, winning that particular classification in every race with the exception of two encounters at the opening round.

He took a single outright victory in round two at Adria, when team-mate Lorenzo Colombo and eventual champion Marcus Armstrong collided in front of him.

“The confirmation at BhaiTech for this season makes me happy because I am aware of our possibilities and potential,” said the 17-year-old.

“The goals for 2018 are very high and if we work as we did in 2017 I?m sure that we will be able to achieve important results.

“It is key for me to stay in the same team for the second year of F4 racing because I know the working method and this certainly gives me an extra boost to do even better.

“After the success in the 2017 Rookie class, I want to try to win as many races as possible this year and still have continuity in the results, which was my strength in the last championship. There will be no stopping or relaxing.”

“We are excited to extend the agreement with Leonardo Lorandi following his excellent 2017 season when he dominated the rookie rankings,” said team manager Nicolo Gaglian.

“His results made us really proud as we managed to make him very competitive right from the start despite the fact that he was at his first experience in single-seaters. I am sure that he will be one of the absolute stars of the 2018 season.

“Now we have a very intense test program in order to prepare in the best and most efficient way for the season ahead, which will start on April 22 at Adria.”