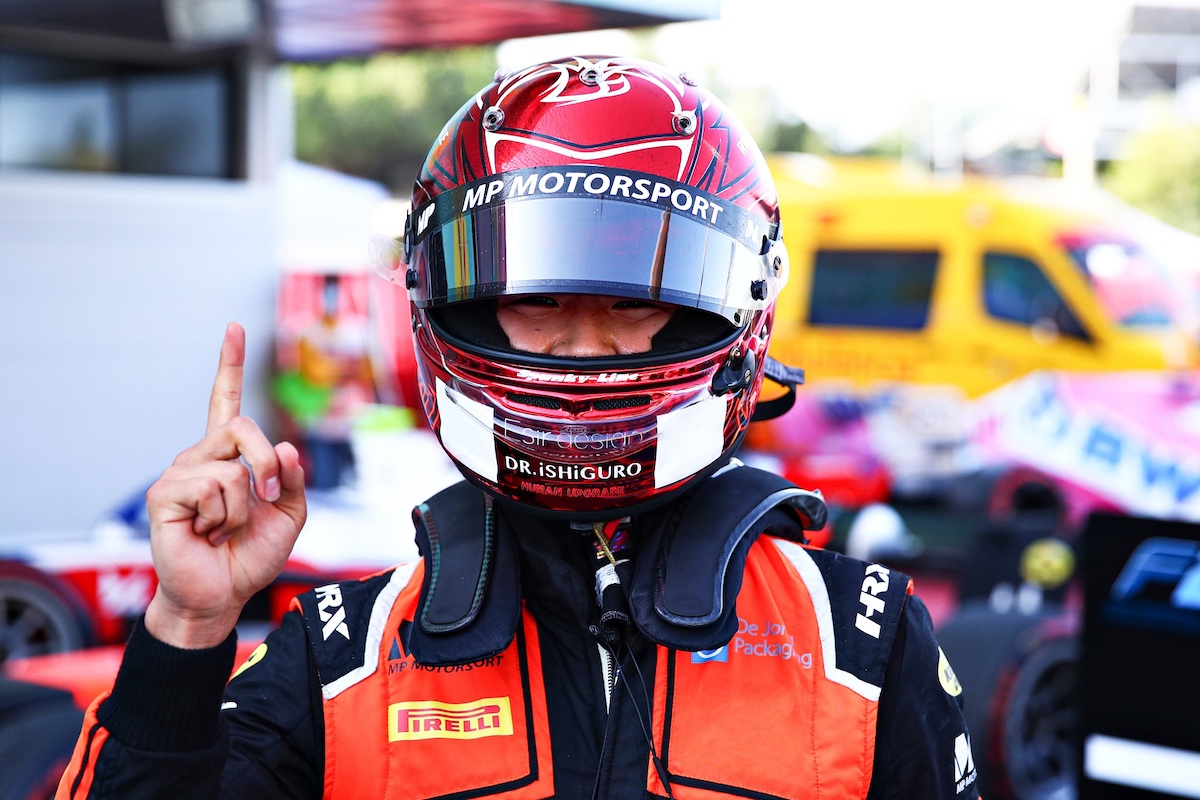 Nobuharu Matsushita talked through his remarkable Formula 2 feature race win at Barcelona from a lowly 18th on the grid.

A mid-race safety car brought Matsushita into play prior to his mandatory pitstop and he was able to make decisive moves late-on to secure his first win of the season.

Starting on the alternate strategy, the MP Motorsport driver explained post-race how that, along with strong race pace and tyre management also shown by team-mate Felipe Drugovich, helped him to take the victory.

“It’s always 50-50 because I was P18 so some guys will take prime-option and some will take option-prime, so it’s not easy to decide but today I think there were six or seven cars with prime and I think my pace was fastest of those cars, so that was a good point.

“I tried to extend with my stint. It was supposed to be [finished] five laps before, but my pace was great compared to the other guys and then my engineer told me to ‘box, box’ and then safety car, so it was perfect timing.

“Obviously we didn’t expect the safety car so it was lucky but I am happy.”

Matsushita also spoke about the important race-winning overtakes he made Callum Ilott and Yuki Tsunoda, who led on worn hard tyres at the safety car restart.

“I had nothing to lose, I’m like P15 or something [in the standings] so I didn’t think about the championship obviously. I know Callum is leading the championship and of course I didn’t want to have a stupid clash with him, but I knew I had to be aggressive to overtake.

“So I did it and I had confidence with the pace and it was quite simple and I’m very happy for my aggression today.”

Asked where his victory ranks among the other five he has taken across F2 and GP2, he said: “Winning is always special to me so I can’t really rate but P18 to P1 is a massive gain so, five stars, let’s say.”