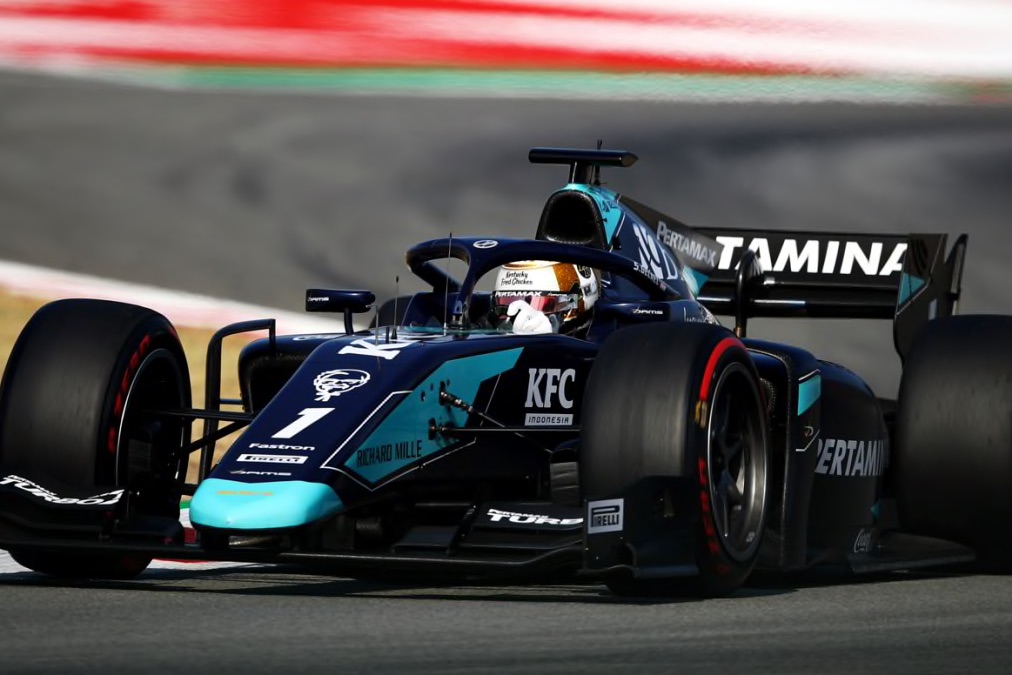 Gelael came to a halt in an unusual position – stationary before the final chicane – on the final lap of the race. His car did not appear to have any visible damage.

Earlier on, he had been in contact with the HWA-entered car of Giuliano Alesi – which brought out the second safety car that changed the complexion of the race.

“The FIA advises that an incident occurred during the final lap of the FIA Formula 2 Feature Race today in Barcelona, involving car #1, Sean Gelael,” a statement from the governing body said.

“The driver was immediately attended to by emergency and medical crews. The driver was extricated by the attending medical crew and has been transferred by ambulance to Hospital General De Granollers for precautionary checks.”

The statement did not indicate the nature of the situation, although Formula Scout understands that it is not serious.

Gelael sits 17th in the F2 standings with three points to his tally, having been affected by a number of reliability issues this season.

The feature race was won by MP Motorsport’s Nobuharu Matsushita from 18th on the grid.