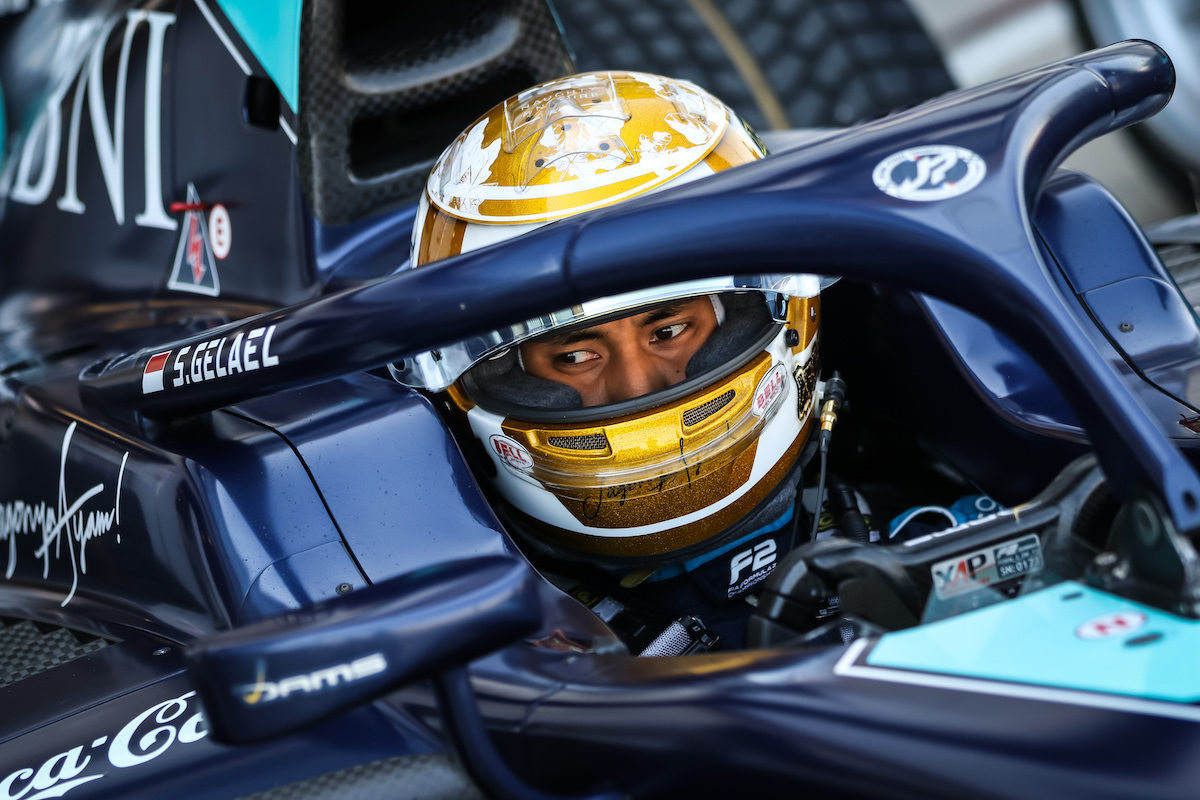 DAMS driver Sean Gelael has broken a vertebra after an incident at the end of Saturday’s Formula 2 feature race at Barcelona.

Gelael was racing with Campos driver Jack Aitken on the final lap when the pair collided and Gelael’s was sent into the air.

When he came back down, he landed on one of the sausage kerbs installed to try and prevent track limits abuse and suffered a substantial hit.

He came to a halt in an unusual position at the end of the race and required medical assistance to be extracted from the car.

After precautionary checks, it was confirmed that Gelael did suffer a back injury in the collision, and he will miss Sunday’s sprint race.

“During an incident on the final lap of the Barcelona F2 Feature Race with Jack Aitken, Sean Gelael’s car went airborne and landed hard,” read a statement published by DAMS.

“The medical car was deployed to extract Sean as he was experiencing back pain and was taken to Barcelona Hospital for a precautionary X-ray and MRI scan.

“Sean was diagnosed with a broken D4 vertebra and consequently will not compete in today’s sprint race. It is unclear at this time if he will be able to race at the next round at Spa-Francorchamps on August 28-30, but he is expected to make a full recovery.

“Sean went back to his hotel last night and is in good spirits.”

The Indonesian driver sits 17th in the drivers’ standings, with three points to his name having already had five non-finishes this season, mostly through reliability issues.