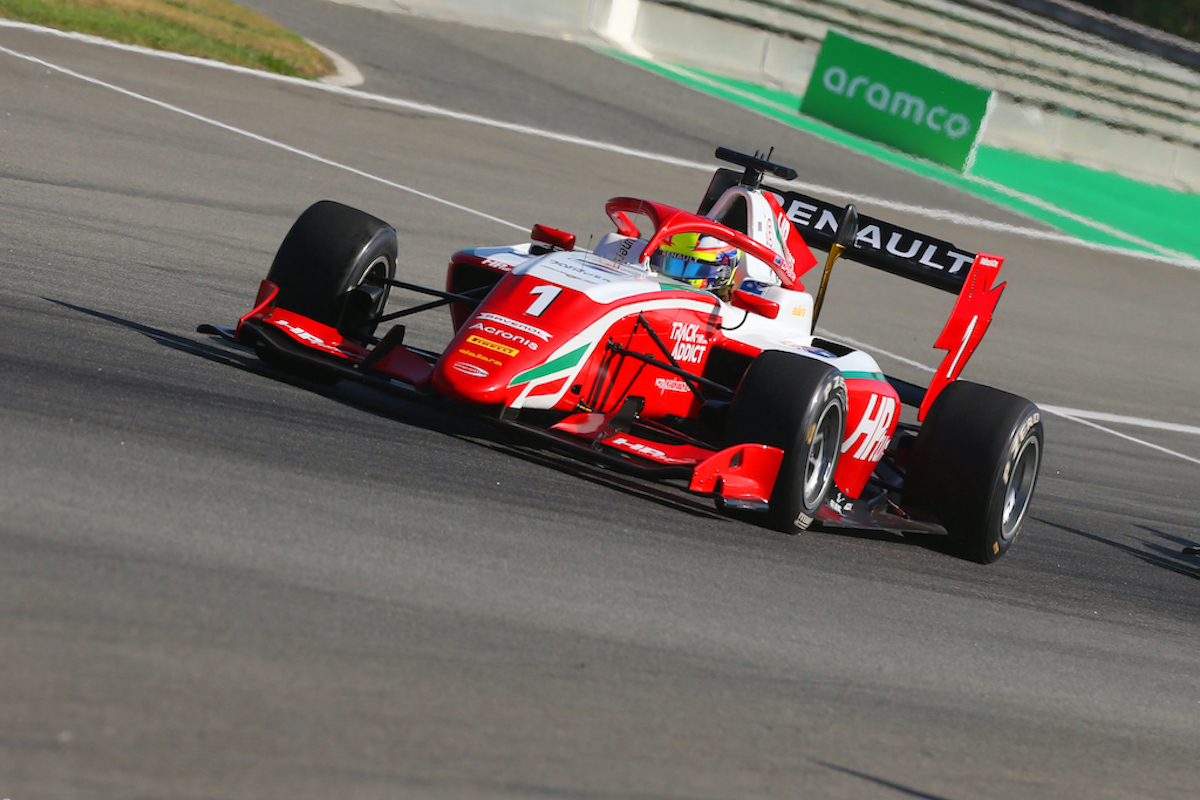 Piastri started fifth, and a good launch vaulted him up into third by the first turn. It took a further three corners for him to claim the lead.

Shortly afterwards, the safety car was called for a collision between Hitech GP’s Max Fewtrell and Trident’s Olli Caldwell at Turn 2, while there was also contact between Carlin’s returnee Leonardo Pulcini and Hitech’s Dennis Hauger.

Jenzer Motorsport’s Matteo Nannini – who started on pole – was second at this point but unable to challenge Piastri. He was, instead, looking in his mirrors at Campos Racing’s Alex Peroni.

A second, albeit short, safety car was called for Jenzer’s Federico Malvestiti, who was beached at Turn 5.

When the race was resumed, Piastri was able to break out of DRS range quickly once again to take his second victory of the season. Peroni finished second, and Nannini took his first podium in third.

Overtaking proved challenging even with DRS, and MP Motorsport’s Richard Verschoor – who also started on the front row – slipped back to fourth.

After making eight places in the first few laps from 29th on the grid, the third Prema car of Frederik Vesti could only hold position and finish 21st, while Jenzer’s Calan Williams gained 11 places to finish 14th.