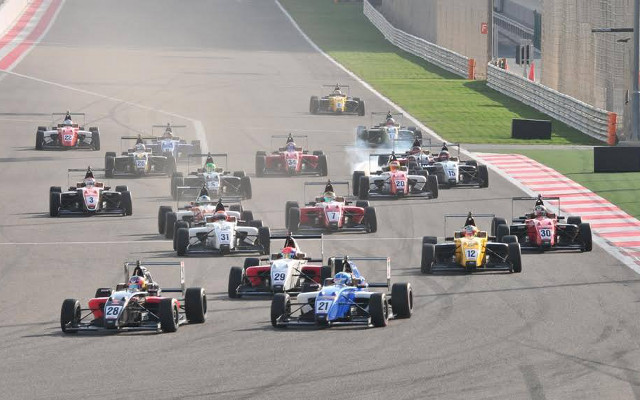 The 2015-16 MRF Challenge begins at Abu Dhabi’s Yas Marina circuit this week with GP2 racer Nobuharu Matsushita and Formula 3 drivers Jake Dennis and Pietro Fittipaldi among those in action.

Matsushita and Dennis are likely to be taking part in Abu Dhabi for circuit familiarisation, for they will be unable to contest the second round in Bahrain that clashes with the former’s GP2 event at the same circuit and Dennis’ participation in the Macau Grand Prix.

Fittipaldi would be able to do both rounds after withdrawing from Macau, as would another F3 driver Tatiana Calderon.

Harrison Newey, runner-up in BRDC Formula 4 this year, will be present, as will Russian duo?Nerses Isaakyan and Nikita Troitskiy, third and sixth respectively in SMP F4.

A number of regular MRF Challenge drivers have entered, including former GP3 racer Sebastian Balthasar who took pole for the final round of last season.

After Yas Marina and Bahrain, the series will move on to Dubai in December and Chennai in January.