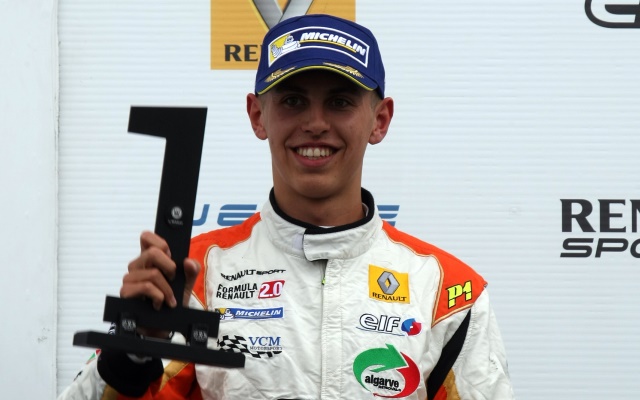 The 19-year-old from Essex will drive for the Douglas Motorsport team in the series, which will be held over eight races at Snetterton and Brands Hatch and be the first opportunity for teams to compete with the new Tatuus-Cosworth car.

The Wayne Douglas-led outfit won the same competition, then dubbed the Winter Championship, in 2013 with Matthew Graham, who like Scott went on to race for AVF in Formula Renault.

Having been runner-up in British Formula Ford in both 2013 and 2014, Scott finished 12th overall in this year’s FR2.0 Eurocup as the top newcomer, and took an overall second place finish on home soil at Silverstone in September.

“We have known Wayne for many years and so when the new F4 car was released and the opportunity to race in the Autumn Trophy series became available we both jumped at the chance of working together,” said Scott.

“It is going to be great; two weekends of intensive racing, in what shall probably be challenging British weather and in a car with more power than I had this season.

“I am very much looking forward to working with the Douglas Motorsport team and hopefully taking the Trophy title together.”

Douglas added: “It’s great to have Harrison joining Douglas Motorsport. We have watched his impressive progress since he first started car racing and we hope to be running at the front with him from the off.”

Scott is one of two drivers to have been confirmed to take part in the Autumn Trophy, with Ameya Vaidyanathan remaining with the Hillspeed team with which he contested the main 2015 season.