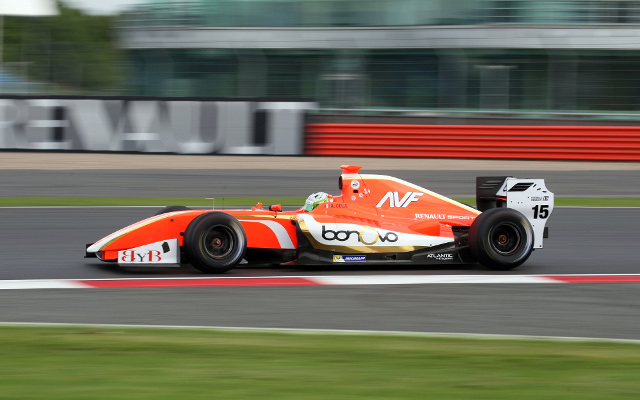 Alfonso Celis will continue to race for the AVF team in the renamed Formula 3.5 V8 series next year.

In 2015 the 19-year-old Mexican combined a rookie season in the precursing Formula Renault 3.5 for Adrian Valles’ team with a second year in GP3, where he competes for ART Grand Prix.

He finished 16th in the FR3.5 standings, scoring a best finish of fourth in a wet-dry race at the Nurburgring.

He is the first driver to commit to the series for 2016, when promoter RPM Racing takes control from Renault.

?AVF has been like a family for me this season,” said Celis.

“I really merged well with the team and the car has been one the best I?ve driven in my whole career.

“As I?m set for my second year in the championship, staying with Adrian felt like a logical and natural choice as he really helped me a lot growing up as a driver.”

Valles, the former Midland/Spyker Formula 1 test driver who finished runner-up to Robert Kubica in the series in 2005, said: ?I?m delighted to have Alfonso with us again for the 2016 season.

“In addition to the fact that he is a great driver, he showed he is a phenomenal guy. He perfectly integrated with the team and everybody works with him really well.

“We are also proud to be the first team to sign a driver for the new Formula 3.5 V8 championship, a series where we hope to be among the leading contenders next year.”

Celis was partnered at AVF this year by Beitske Visser (who has raced for the team for the past two seasons) but was joined at last week’s post-season test at Jerez by his GP3 team-mate Marvin Kirchhofer.