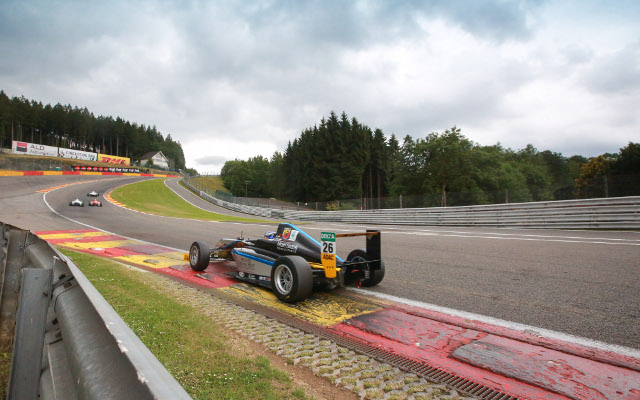 BRDC Formula 4 will venture outside of Britain and to Spa-Francorchamps in Belgium for the first time next year.

The Spa date is one of seven events where the series will be “co-headlining” with the British GT Championship.

That will be preceded with a season opener at Snetterton, the only circuit to feature twice on next year’s calendar. Brands Hatch, Rockingham, Oulton Park, Silverstone and Donington are also maintained as venues.

The addition of an overseas round coincides with the introduction of a new faster Tatuus-Cosworth car, to be introduced in next month’s Autumn Trophy.

Notable teams have also been attracted to the series in the form of Fortec and Carlin.

“Our 2016 BRDC F4 calendar is by far our strongest yet, again with 24 races over 8 superb events,” said Jonathan Palmer, chief executive of promoter MSV.

“I am delighted that our successful partnership with British GT will continue and expand to seven co-headlining events, including the Spa-Francorchamps for the championship’s first overseas round.

“With our new and considerably faster Tatuus-Cosworth car, BRDC F4 looks set to become a vastly more affordable successor to British F3 and will perfectly complement SRO’s excellent British GT championship to form an even more enticing package in 2016.”

Dates for the 2016 Autumn Trophy have also been revealed with eight races again taking place over Snetterton and Brands Hatch, but the competition moved forward from November to October.