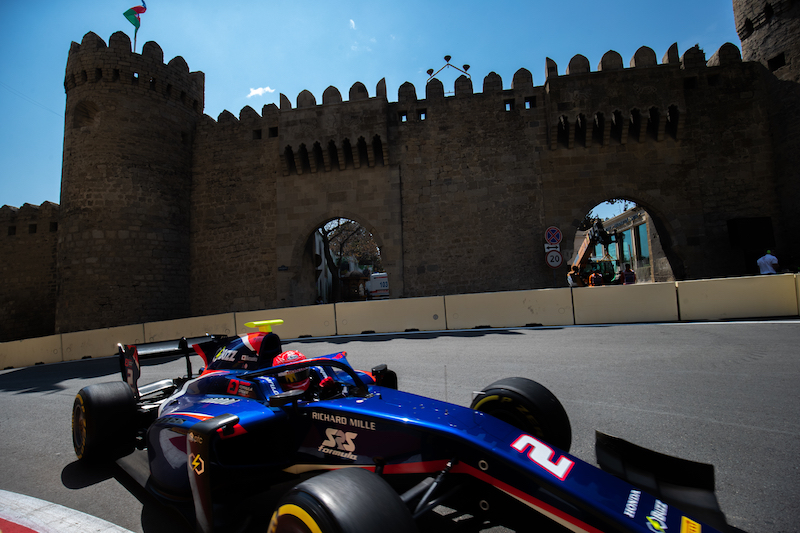 Carlin?s Nobuharu Matsushita took his second career Formula 2 pole in Baku, and the first since his return to the championship from Super Formula.

After a delayed start and an early red flag, Matsushita knocked ART Grand Prix Nyck de Vries from the top of the times with his last lap, a whole 0.444s ahead.

Cars had only just hit the track when the already delayed session ? postponed so officials could inspect the track after a manhole cover came loose in Formula 1 free practice ? was stopped.

Sean Galael came to a halt with a mechanical problem on his Prema car, causing a red flag. He was able to get going again but did not set a lap. He’ll still start 19th though, as MP Motorsport’s Mahaveer Raghunathan will have to start from the pitlane after missing the weighbridge in free practice.

Championship leader Luca Ghiotto set the early pace, but the Virtuosi Racing driver couldn?t find as much pace as his rivals on his subsequent flying laps, and will start the feature race from third.

DAMS driver Sergio Sette Camara took fourth, ahead of MP Motorsport’s series veteran Jordan King and top rookie Mick Schumacher, driving for Prema. All three were over a second off of pole.