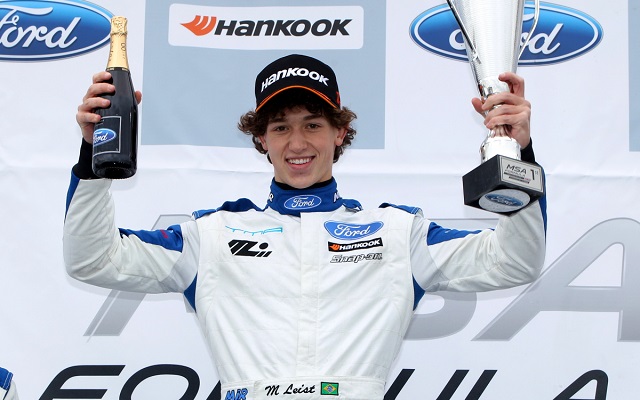 Leist will stand in for Nicolas Pohler, who broke his arm last week in a mountain biking accident but is aiming to return for the Portimao round in September.

Brazilian racer Leist competes for Double R in MSA Formula and sits fourth in the standings after claiming a win and four other podiums from the first five rounds.

He has previous F3 experience, having finished second in the Light class of the Brazilian series last year, behind current Euroformula Open title contender Vitor Baptista.

?Matheus isn?t expecting much from the Red Bull Ring, he knows it?s going to be a huge learning curve and a major challenge against some very quick and experienced drivers,” said team boss Anthony ‘Boyo’ Hieatt.

?Racing in FIA F3 can?t be underestimated, it?s one of the hardest and most competitive categories in the world at any level but it?s an exciting opportunity for Matheus at this point of his career. We?re all really looking forward to seeing how he gets on.?

Leist will race alongside Double R F3 regular Matt Solomon, who scored the team’s best result so far this season of 13th in Pau.